Lack of Exercise, Another Reason for many deaths in this Lockdown 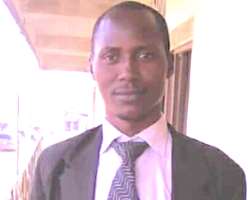 Medical researches have proved that idleness is very dangerous to health and causes quick death just like the wise adage that says it is the devil workshop.

At this time of lockdown and idleness many unusual reports of deaths are announced daily and people are wondering about this another pandemic in Kano, not only in Kano alone because people are worried on the increase of deaths mortality in the parts of the country, most especially the North.

"Various studies have shown that prolonged periods of sitting will likely put an individual at an increased risk for developing serious medical conditions like heart disease, diabetes, and even some types of cancer."

According to work it daily published that when people spend days doing what they don't like doing they have pensive mood and depression that causes instant death.

Idleness without knowing what to do yields fatal diseases that respond to death. "The longer a person sits throughout the day, the shorter his lifespan may be. Regular exercise has been shown to improve cardiovascular health, lower blood pressure," but as people sit indoor thinking about trouble some problems become vulnerable to untimely death" while maintaining a sedentary position for hours on end keeps the body too relaxed, which does not allow the muscles to get proper use. As a result, many of the functions in the body slow down, which over a long period of time can lead to health issues."

Most people sit in their homes and spend days of the day hours sleeping and await the night to sleep again thinking it is a chance of pleasure but a very relaxed body is exposed to health risk without exercise. "A person who spends a significant amount of time in a sedentary position throughout the day may find that weight gain becomes an issue which leads to obesity. As the body slows down while in a resting and seated position, the metabolism naturally slows down. Calories are burned at a far lower rate when most of the muscles are not in use."

People engage in exercise while burning their calories doing their professions, businesses or work that respond to their bodies now that is helping the body no work the body in one way or another which build the immune system to fight diseases is vulnerable to many attacks.

Sleeping is very important to our health most especially a sufficient sleep in the night because it relaxes the mind but too much of sleeping is a very dangerous activity to the body system.

Also according to Edward R. Laskowski responding to sitting down effect he said,

"When you sit, you use less energy than you do and when you stand or move. Research has linked sitting for long periods of time with a number of health concerns. They include obesity and a cluster of conditions — increased blood pressure, high blood sugar, excess body fat around the waist and abnormal cholesterol levels — that make up metabolic syndrome. Too much sitting overall and prolonged periods of sitting also seem to increase the risk of death from cardiovascular disease and cancer."

The M. D of the Mayo Clinic said, "Analysis of 13 studies of sitting time and activity levels found that those who sat for more than eight hours a day with no physical activity had a risk of dying.... " However sitting down is the mother of most dangerous diseases as it also causes depression when someone is in problem. Thomas Yates, MD recently reported that sitting for long periods appears to raise the risk for kidney disease, especially in women. To reduce the tension of sitting down effect Dr. Yates recommends standing up for two minutes every 20 minutes and people should practice sitting down, and standing up during commercials when watching TV.

Exercising regularly can improve human positive mood, reduce feelings of anxiety and depression while lack of regular physical activity is a primary cause of chronic disease and in contrast, a "lack of regular exercise even in the short term can lead to significant increases in belly fat, type 2 diabetes, heart disease and early death," Arlene Semeco, MS, RD.

In finding the reason for the multi deaths of people at this time some people may be affected by the sitting down syndrome and some by depression. In this unusual condition of lockdown that breeds poverty among people pushing them to agony and melancholic mood of what to eat, how to get the money and how to live with the Coronavirus Pandemic depression has an important chance to sneak into People's minda. Depression is also a quick killer disease."It affects the immune system, making it harder for the body to fight infection. Some vaccinations, such as the shingles vaccine, may even be less effective in older adults with depression. Many of the physical changes caused by depression, such as insomnia or a lack of deep sleep, are thought to weaken the immune system and can make existing illnesses worse" this means other illness in the body can be very dangerous to health and cause unusual death.

According to series of studies released in British medical journal said that more than 5.3 million deaths could be avoided each year if all inactive people exercised and reach a weekly target of 150 minutes or more of moderate exercise, such as brisk walking.

"Similarly, World Health Organisation (WHO) stated that about seven in 10 deaths yearly are caused by Non - Communicable Diseases( NCD), as more than 15 million people between the ages of 30 and 70 die from the disease, which major contributing agent is physical inactivity."

The Federal Ministry of Health in Nigeria (FMoH) reported that there are many Nigerians living with noncommunicable Disease (NCD) with about 415 million people having diabetes, while the International Diabetes Foundation reported that there were more than 1.56 million cases of diabetes in Nigeria.

With these medical reports the continues deaths in Kano and other parts of the country should be rest on the lockdown that make people lazy and weak while succumbing to idleness because many earlier the frequent deaths in Kano are opined that they are not associated to Coronavirus pandemic as stated by the Kano Emirate council and the state government while the doctors in Kano say 'they have seen a surge in fatal cases of pneumonia while the relatives of the deceased claimed the deaths have other fatal diseases like hypertension, diabetes and thinking of depression and the local authorities have denied that Covid-19 is responsible, variously for deaths in Kano while blaming malaria, meningitis, hypertension and other illnesses for the increased mortality while lack of exercise trigger such mortality many prominent people have died in the Northern Nigeria without link the link of Covid 19 but only to some non - communicable diseases.

No matter what exercise is a prime mover of life and all Nigerians should find way to do exercise in their homes to energize their health and fight diseases that are hunting and daring to kill. Simple station jogging, jumping and skipping can help tremendously to keep people fit and healthy since people are locked indoors and are only allowed to buy food and return back home.

As in this time government and the media should help in their roles of educating people the importance of exercise to stay healthy and make the body stronger because is one of the universal medicine for the cure of almost all diseases.