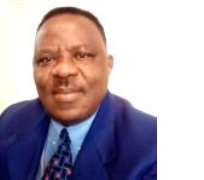 Any objective analysis of a long-winded essay, “COVID-19: Can Africa Afford Lockdowns?”, by Chukwuma Soludo, would wonder if the renowned economist is suddenly cast with a voodoo spell.

Mr. Soludo needs no introduction. A distinguished professor of economics, with advanced degrees—both academic and honoris causa—from the prestigious University of Nigeria, he was a former Governor of Central Bank of Nigeria (CBN), and currently a member of President Muhammadu Buhari’s Economic Advisory Council. It is not surprising, therefore, that his voice roars in some quarters as a bullet-proof solution to the country’s myriad of problems.

However, in a seemingly attempt to employ novel theories to rubbish plausible anti-COVID-19 measures that have produced good results in many developed and developing economies, including Nigeria, Soludo succeeded in doing nothing but use delusive ideas to create more problems than solutions.

In short, the essay depicted the former CBN Governor as a poor imitation of Donald Trump, a nescient narcist who never hesitates to spew nonsense just to be in the news. Though Soludo raised some salient points, quite alright, he was going off on tangents, rambling, clearly ducking the truth about COVID-19 and, in the process, peddled fallacies as facts.

The most disingenuous is that, while discrediting lockdowns by African nations, Soludo claimed that, “China isolated Wuhan, and kept Shanghai, Beijing, and other major economic engines open, and today, China supplies the world with medical equipment, face masks, etc., and is raking-in hundreds of billions of dollars).” That is sheer fallacy.

The fact is that major Chinese cities, including Beijing and Shanghai, experienced lock downs until the virus plateaued. The following account from a practical observer, as reported in the Washington Post of March 16, 2020, is instructive: “Six weeks earlier, I had watched China shut itself down as the coronavirus epidemic first exploded in Wuhan, and then spilled across the country and beyond…I saw China’s whole economic machinery, from the curbside noodle shops to sprawling tech campuses, clank to a halt as the government pulled out every stop to contain the virus’s spread.”

The import is that, even as the lockdowns in Africa may not have been backed with adequate palliatives, the strategy is widely proven to be effective. The situation could have been worse in Nigeria, if President Buhari had not locked down Lagos and Abuja as at the time he did. After all, as Lagos and Abuja go, so goes the rest of the country.

In the same swoop, Soludo wrote that, “In the Western societies from where we copied the lockdown/border closure, their citizens are literally paid to stay at home… The U.S. Senate just passed a bill for $484 billion “More Small-Business Stimulus”, including a $320 billion “Paycheck Protection Program” to enable small businesses pay their staff salaries for two months.” The example with the United States is misleading and only serves to fuel anger among the Nigerian masses.

Anybody but Professor Chukwuma Soludo! A simple scan of the internet readily reveals the harsh realities of lockdowns and the extent of the so-called stimulus package in the United States. Reports abound about the over 30 million Americans who have lost their jobs the last 45 days and millions more who have no money to pay for food or shelter. The life in America had always been better before Coronavirus and remains better while battling the disease, but the current situation is a far cry from the picture the professor was painting.

This is not the time for inflammatory innuendoes. Unlike in America which has become the COVID-19 global epicenter, lockdowns in China succeeded because the people had a coherent message and the mental discipline to execute the agenda. Therefore, Soludo must not ignore science and security to confuse Nigerians by “copying and pasting” the COVID-19 visions of Donald Trump, whose every medical idea has cost more lives than it has saved lives.

Instead of lampooning lockdowns, without tested alternatives, the former CBN governor should deploy the energy towards increasing the palliatives needed to alleviate the effects of the coronavirus, efficient management of the palliatives, and the life after. Instead of careless conjectures, he should defer to medical opinions and adhere to directives from relevant authorities.

The most blatant is Soludo’s admonition that “African countries should urgently dismantle the border closures.” This was not unexpected, though. The idea stems from a voodoo economic theory that gained currency in the eighties under US President Ronald Reagan but ended up paralyzing the American manufacturing base and turned China into a global powerhouse. It is similar to the open border policy promoted by Nigeria at the time Soludo reigned as CBN Governor that pauperized the country’s productive capacity and, consequently, produced a multitude of overnight billionaires while subjecting millions to abject penury.

On no account should Nigeria relapse to open border economy, as being canvassed by Soludo. This goes without saying that a level of protectionism is vitally essential for true Nigerian independence. Imagine what could have been, if the country still depended on imported rice and chicken during the COVID-19 experience!

The piffle presumptions did not stop at lockdowns and border closures. The economist equally poked insult on the philanthropists, who donated money to the COVID-19 campaign, labeling them “photo charity.” The statement in and of itself is uncharitable, to say the least. The program’s flaws notwithstanding, he ought to have reasoned that, besides the politicians, these donors include innocent Nigerians and even the poor Samaritans. Their efforts, no matter how small, have touched lives from the villages to the larger society.

Finally, to answer Soludo’s central question: “Can Africa Afford Lockdowns?”. YES, Africa has already been able to afford the lockdowns in a significant way or even better. The continent clearly contained COVID-19 more than their counterparts, thanks to the African exceptionalism of good weather, nutrition, and timely interventions, such as the lockdowns, selfless healthcare workers, “photo charity”, family support systems, and a resilient populace. The economic forecast is gloomy, like elsewhere, but Africa will soon re-open, probably faster than many developed economies.

Best of all, the Coronavirus lockdown scheme is a historic equalizer and thus has a silver lining for Africa. Our leaders ought to have learned that the African economy will skyrocket by investing at home and patronizing local products and facilities. Nigerian leaders, for instance, might have learned to lead by example, matching words with action in all facets of the national economy, particularly in the Power, Aviation, Automobile, Steel, Healthcare, and Education sectors.