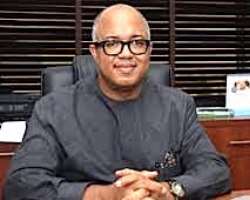 The National Centre for Disease Control (NCDC) has promised to investigate the allegations by a 70-year-old woman, Selma Ahmed, about the death of her son in-law and Regional Manager of First Bank Plc in Kano State, Abdullahi Lawal.

Ahmed, in a viral audio obtained by PRNigeria, complained about how both the NCDC and Kano State Government abandoned her son in-law to die as a result of suspected COVID-19 infection.

But the Head of Prevention, Programmes and Knowledge Management, NCDC, Dr. Chinwe Ochu, noted that response to infectious diseases outbreaks such as COVID-19 at subnational levels are led by the states.

Ochu stressed that NCDC supports states in preparedness and response to disease outbreaks, including capacity building, hands on training, guidance and coordination.

She said: “NCDC does not have an office in Kano nor in any state.

“Samples have been collected from close contacts of the diseased for testing.”

In the same vein, an official of NCDC, while speaking to PRNigeria, assured that the allegations by Ahmed are being investigated.