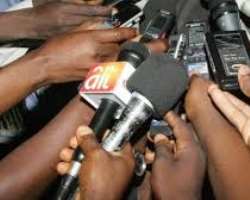 The press is regarded as the Fourth Estate of the Realm that places on it the very heavy responsibility of acting as the watchdogs of the society, or the unofficial fourth arm of government. In exercising this role, the media’s universal responsibilities include: informing, educating and entertaining within the spheres of extant laws and ethics guiding their activities. The press has the responsibility for promoting discourse and setting the agenda in motion. Its role, in modern times also includes functioning as creative counsellors of change in an increasingly interdependent world, enriching the minds of its audience, and inviting the attention of the general public to issues and events, chiefly those that are of common interest. The media also engage in advertising, marketing, public relations, information dissemination and political communication.

These are very important responsibilities. Of paramount importance is the need to protect the rights of the society while also making sure that the government and the governed are guided to exercise their obligations responsibly. Without any doubt, these are very tasking roles that explain why Herman Ziock once submitted that: “Anyone who wishes to devote himself to the press must be able to forgo much. ‘’His life consists of exhausting, gruelling work; the comforts of an everyday existence are denied him. ‘’It requires a strong dose of idealism to devote oneself completely and wholeheartedly to the journalistic profession. ‘’Only one who is in a position to identify man and deed will be able to make his own way.” The press is a very powerful institution whose actions make or mar any society. Practitioners are conscious of the enormous responsibility bestowed on them by both the constitution and professional ethics. Like all other professionals, media practitioners love power – particularly the power of shaping the image of other people about events, issues and personalitities.

The above is supported by the submission of Obafemi Awolowo that: "Let us make no pretense about it, every human being loves power; power over his fellow men in the state, or in business enterprises; or failing that; power over his wife and children, and over his brothers, sisters, and friends, or, in the case of children, power over his playmates. Of these categories of power, the desire for power over one's fellow men is the strongest." Voice of Wisdom (1981) This is why it is posited every so often that failure of the elite and political classes to lead the society in accordance with global established practices appears to be one of the prominent causes of underdevelopment of Africa. The elite and political classes have been accused of failure to correct the anomaly of wrong approach in the struggle for state power in the developing world. The press constitutes part of the elites, and cannot, therefore, reasonably excuse itself from blames arising from perceived failures. The press promotes the public good and argues for the entrenchment of common interest in the administration of the state. Please go on the link below: www.terrificheadlines.com,