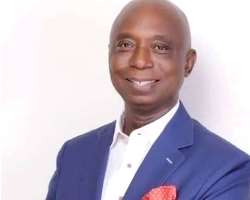 One succinct truism in life is Fidelity, the art of keeping to ones words. In life, your word should be your bond. Especially when you have blue blood flowing through your veins.

The unfortunate story belying the lack of keeping to agreements by some personages in Idumuje Ugboko, Aniocha north local government area of Delta State, is at once appalling and sickening.

The Chairman of Delta State Council of Traditional rulers and Obi of Owa kingdom, His Majesty, Dr. Emmanuel Efeizomor, JP, disturbed by the lingering crisis in Idumuje Ugboko, had constituted a peace and reconciliation committee, with other traditional rulers as members. Some of the members are Obi of Atuma, Obi of Ubulu Uno, Obi of Onicha Ugbo , Obi of Issele-Uku, to mention but a few. No sooner than a truce was brokered and way forward charted, did Prince Nonso, in flagrant violation of the terms of agreement, fall foul.

He started the brazen act by first of all imposing fines on perceived "enemies" who are supposed to be his "subjects". Not done he started banishing those he claimed attended burial ceremonies in the community!

Such was the bravado he displayed that he went a step further, through his collaborating brother, Mbanefo Nwoko, to scuttle the Dr. Emmanuel Efeizomor led peace committee. They blatantly announced they will not withdraw litigations against LINAS for the alleged misallocation of land for the proposed STARS University which is solely funded by Hon. Prince Dr. Ned Nwoko and in which 40% equity belongs to ldumuje Ugboko,

VEXATIOUS lSSUES
Arising from the curse placed on anyone who flouts the peace accord, how does Nonso and his co-travelers hope to fare in light of the heavy evidence against him of flouting the peace accord he signed to abide by? Curiously, his vaulting ambition to sit on the throne of his father who died in controversial circumstances seems to have taken hold of him.

The Crux of the matter is that Prince Ned Nwoko feels slighted that after all he has put in place to ensure that his community benefits from the long term of setting up the first Sports University south of the Sahara, his kinsmen who should know better are trying to undo his good deeds.

Ned is not known to shy away when the chips are down. He loves Ugboko. He will fight to the end to see Ugboko on the world map. Nonso and his co travelers can't stop this resolve.