Ogun: Restlessness In Time Of Pestilence 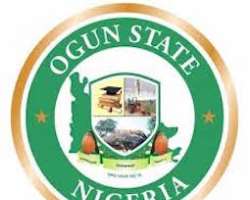 “Violence is the last refuge of the incompetent.”- Issac Asimov

Unrest. Discordance. Fears and bonfires are now the orders of both day and night- as midwifed by the relentless activities of robbers in the area- in Ifo Local Government an area of Ogun State. Particularly, Agbado-Ijoko has been the greatest beneficiary of this dastardly activities since it began some few days ago: no fewer than 150 miscreants have been arrested by the police.

Coasting Ijaiye through Toll-gate, Dalemo, Sango, Ijoko/Ogba-Iyo, Gasline, Ota, Olu-Opeilu, Adiyan, Agbado Station/Crosing, Joju, Onihale, Iyana-Ilogbo,Ilepa all the way to Ifo, tension is high among residents in those communities as of the time of writing this. Robbers are ransacking homes in broad daylight, carting away money and foodstuff. They unabashedly unleash terror on residents without being checkmated by security personnel.

Residents sleeping schedules have been changed as their nights have chameleoned into noon and noon turned night. Every resident is now a vigilante as vigils need be done to douse the rising menace of robbery in the area. When the security of the people can no longer be guaranteed, they would have no option but to resort to self-help- which may be violent. The words of that American musical artiste, Michael Berg, are apt here: “As long as people use violence to combat violence, we will always have violence.” And that is the situation in the area as of now: more violence is being experienced as the criminal activities have spread to some other parts- an example of its closest environs, Ifako, Agege, Iyana-Ipaja Lagos.

Talks, chats and laughs of residents no longer constitute environmental noise; but the sound waves reverberate and bounce off buildings, decaying along the way, making it very difficult for an ear to determine the location of the sporadic gunshots whether they are in one’s street or on the neighboring street. Neighbors’ howling alert, “ Won tun to de oo, e ja de o” sends signal to other neighbors that the criminals are either around or it is time to make bonfires for the vigil to begin.

The sociological makeup of this part of the state evidences the fact that it is traditionally the hideout of retired criminals and up-and-coming urchins, many of whom Lagos flushed out of its ghettos back in the day. Again, in these communities, at least 60 percent residents are wallowing in abject poverty. Of course, the Agbado-Ijoko (6.7km) stretch does not have a single bank inspire of his exploding population.

Sleeping is no longer an activity done with both eyes. The crab, they say, uses its eyes to guard its head. However, it is commendable that community members have largely stood against the terrorising robbers in the last five days, observing vigils amid bonfires to guard their families - even in this testing and trying times of pestilence ; they are gifted with restlessness. Yet, sadly, at least two people have died in one community in Ijoko, their heroic moves unsung, their gallantry buried in the midst of the chaos

The repelling of the robbers bloodcurdling activities through residents- Agbado-Ijoko and its environs- riotous activities on Saturday, 11 April 2020 alongside the trending of the ugly incident with the hashtag “OgunUnrest” on social media attracted the attention of the Governor of the state, Prince Dapo Abiodun who directed the nearest police command to swing into action. In effect, 150 suspects were arrested. That is commendable.

The governor said: "It has become expedient that we do not spare the rod and spoil the child. Anybody, no matter whose child he or she is, if found guilty of armed robbery, would be visited with the full weight of the law, including capital punishment". He added that he would not hesitate to confirm sentences, even of capital punishment, if that will deter these social misfits. Ogun has zero- tolerance for criminals and we will deal with the with venomous measures. The Governor’s words and action, on Saturday, are laudable and to some extent, calmed the fraying nerves of the residents.

It was Mathma Gandhi who noted that: “I object to violence because when it appears to do good, the good is only temporary; the evil it does is permanent.” This affirms the actions of residents of the aforesaid areas who now have an armoury. From brandishing of cutlasses, axes, cudgels and some, even, Dane guns to charms by both old and young in these areas; one would be quizzed to ask: “If all these rising unrest douses, where will all these instruments of fears be rested?”. In essence, violence would have appeared to do some forms of good things- which are temporary. But the resultant effects of the activities done by the youths may linger on as those youth might have, by now, been psychologically conditioned to finding lynching appropriate- jungle justice.

Importantly, when these troubled times have doused in these areas, government should find it dutiful to do some forms of orientation to residents either through the media or from community to community in order to re-shape residents thinking. With that, the eruption of another violence may be averted.

Above all, I would close this piece with the words of Oladehinde Olawoyin of Premium Times where he submitted, “When this COVID-19 phase is finally over, there will be too many heroes for us to recognise. But, sadly, the genuine heroes would go unrecognised, their commendable efforts buried in obscurity. Many of these unsung heroes are in Ifo, Agbado, Ijoko and Ijako areas as I speak now, young boys observing sleepless nights amid fear and piercing sounds of bullets, pushing back against criminality with their bare hands and unusual courage.” They have shed both blood and tears; they have had sleepless nights. They are gifted with restlessness in time of Pestilence. May peace find its way back into those troubled areas.