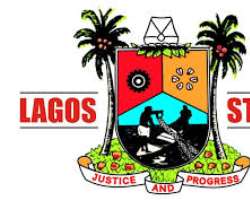 The Prominent Civil Rights Advocacy group-: HUMAN RIGHTS WRITERS ASSOCIATION OF NIGERIA (HURIWA) has carpeted the Lagos State Government for the arraignment of the General Overseer of Resurrection Praise Ministries for Africa alias Jehovah Sharp Sharp, Archbishop Samson Benjamin for reportedly violating its lockdown order only because he led protesters to the Chinese Embassy in Lagos to demonstrate the maltreatment of Africans in China.

HURIWA in a statement by the National Coordinator Comrade Emmanuel Onwubiko and the National Media Affairs Director Miss Zainab Yusuf said the arraignment of the Nigerian protesters for standing up to reject the dehumanization of their fellow Africans by the government and the people of China shows that the Nigerian Police Force has become subservient to foreign interests as against aligning to protect the fundamental human rights of Nigerians everywhere in the World.

"HURIWA expected that the Nigerian Police rather than arrest the patriotic Nigerians should have ensured that the demonstrators respected social distancing rules even as they agitate for the redress of the gross violations of the human rights of Nigerians in China. The impression created by the Lagos police command in arresting and prosecuting the leader of the protesting Nigerians is that the policing institution is now the lapdog of foreign powers like China only because CHINA seems to have financially enticed African leaders with dubious loans that has made them to become stooges of the Chinese government."

"We call on the Lagos State Attorney General and Commissioner for Justice and the governor Babajide SanwaOlu to withdraw all the charges against the protesters and to end this state sponsored suppression of the human rights provisions. The Social distancing Rules must not be used as a subterfuge to advance the neocolonialism of the Chinese government in Nigeria", HURIWA stressed.

"HURIWA is incredibly shocked to read that the Lagos state Police spokesman Mr Bala Elkana, a Deputy Superintendent (DSP), was happily confirming the information that the Church leader is being prosecuted only because he mobilized Nigerians to show our collective outrage at the outrageous treatment of our fellow citizens in China.

"These fellow Africans and Nigerians were chased out of their houses in the middle of the nights and made homeless only because of their nationality and the Lagos state Police command is supporting this Xenophobic violence against Africans in China by Chinese by rounding up peaceful protesters who matched to the Chinese Embassy in Lagos to demonstrate the maltreatment of Africans in China by Chinese government. The Police Commissioner in Lagos state and the Nigerian Police Force and the Lagos state government represented by the state governor Babajide SanwaOlu SHOULD be ashamed of themselves for making themselves AVAILABLE to the CHINESE Imperialists represented by their embassy officials in Nigeria."

HURIWA recalled that the cleric was arrested by the police on Tuesday and detained at the Criminal Investigation and Intelligence Department (SCIID), Yaba just as the Cleric Benjamin, was alleged to have led about 100 persons to the Chinese Embassy in Victoria Island to protest the mistreatment of Nigerians in China.

HURIWA learnt that the cleric, affirmed that the Chinese were operating freely in Nigeria even though COVID-19 started in their country but have chosen to mistreat Nigerians and other blacks even as It was gathered that officials of the Embassy sent a video clip of the alleged 'invasion' which was a simple peaceful demonstration to the police, which prompted operatives from Victoria Island Division to move to the scene to effect arrest.

HURIWA has relatedly wondered that amidst the ongoing lock-down, Lagos State Governmemt reportedly commenced the demolition of houses thus sending poor residents into the streets, rendering them homeless even when it is clear that this is the era of #COVID19 lockdown worldwide. And residents are meant to stay indoors. HURIWA accused the Lagos state governor of plotting to facilitate the spread of the CORONAVIRUS DISEASE IN NIGERIA because the irrational decision at this time to chase out residents and demolished by force can only be done by a government that is irresponsible and insensitive.

HURIWA stated thus: " We have been alerted that the demolition squads made up of armed security forces have ejected forcefully, the entire residents of Ifelodun Street, Oke-Ira, Ogba (behind Yaya Abatan, Ogba) and these sets of Nigerian citizebs include men, women, children including new-born babies who reportedly are being thrown into the streets, their houses being brought down by bulldozers heavily guarded by armed men including mobile police and men of the Civil Defence Corps.

And this is after a 48-hour notice, according to a displaced resident, mr. Sunday Unah. This is wicked, mean hearted, inhuman and dehumanizing and is an attempt to kill these poor Nigerians by pushing them to then get infected by Covid-19. What crime have they committed for being poor and for staying in poor neighbourhood? Is the state government not obliged to provide affordable housing assets for her people thst are disadvantaged?"

"HURIWA has an information from a highly credible source quoting a woman in her sixties, Regina James, as saying that she was in her house and on a drip due to ill-health when the demolition squad appeared. She had to be taken outside with the drip still attached. Also, the few houses standing either have their foundations so badly dug into they may cave in any moment from now, or have heaps of excavated toxic wastes dumped in front of them such that they can't move in or out of their houses. And that is in addition to inhaling the toxic wastes. Who indeed wants to terminate the precious lives of these poor Nigerians?"

HURIWA has therefore called on the United Nations; the World Health organisation and the international community to call on the Nigerian government and the Lagos state governor Mr. Babajide SanwaOlu to withdraw all the security forces currently demolishing these poor people's houses and to provide alternative HOUSING to those already displaced to stave off the IMMINENT IMPLOSION OF COVID-19 which may occur as a result of the forceful ejection onto the streets of Lagos of hundreds of poor people by the Babajide SanwaOlu led Lagos state administration.