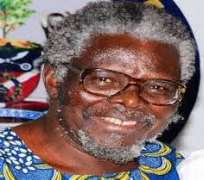 Sometime in 1999, as both the 20th century and the second millennium were drawing to a close, the Pluto Press, London, released a book with the title: “The Lugano Report” and subtitle, “On preserving capitalism in the 21st century”. The author, Susan George, who shares this name with another well-known but much younger woman, was born in 1934. The older woman, our own Susan George, is an American-French Leftist, a writer, a global popular-democratic activist and a public intellectual.

Before writing the “Lugano Report” in 1999, Susan George had written several research-based books on world poverty (and its roots), hunger and famine, debt, capitalist structural adjustment and neoliberal capitalist globalization. Her other books include “How the Other Half Dies” (1976), “Fate Worse than death” (1987) and “Another world is possible” (2004). However, in this piece, we are concerned directly with “The Lugano Report: On preserving capitalism in the 21st century”, a 213-page book that warns of the heavy cost, in human life and human civilization, of allowing capitalism to endure long into this century.

The comrade who lent me a copy of the book when it was newly published warned that it would “frighten”, or at least “unsettle” me. “The Lugano Report” had both effects on me. Let us hear from the author herself why she decided to frighten her readers: “I was convinced that another book of analysis and criticism was pointless. I have spent 25 years of my life describing hunger, famine, debt and structural adjustment and what they are doing to the people, and virtually nothing has changed. So, I thought, why not make things really clear by taking the logic of the global system to its logical conclusion? I wanted to put the case clinically to show the horrific consequences of continuing down the economic road we are now.” And that was precisely what she did.

On my part, I am re-introducing the book at this time because I believe that Nigerian Leftists ought to search out and read or re-read this book either now or as soon as this grave global threat to humanity and human existence – the Coronavirus – is over. I believe that beyond the struggle to defeat and survive the COVID-19 pandemic, the primary task now – as important as it is - is not to determine who, in particular, is responsible for the calamity or whether it was a deliberate human act, a human accident or a natural occurrence.

The task before the global Left and the Nigerian Left is to become more conscious of how doubly endangered humanity as a whole and its segments – including Nigeria – have become under global capitalism. Humanity’s double tragedy is that the global social forces responsible for this tragedy are also the selfish and corrupt forces in power and directing the solution! This is the proposition that Susan George demonstrated in her book, “The Lugano Report”. I believe that those Nigerian Leftists who see the need for a “People’s Manifesto” and a “United Left” to confront the ruling class and its state will benefit from the book – its form as well as its content.

The “Lugano Report” carries two central messages. The first message, from which the book got its title, was issued through a fictional group of intellectuals commissioned by the owners and controllers of the leading transnational corporations that now dominate the global capitalist economy. The intellectuals, assembled at the Swiss seaside resort of Lugano, were to answer just one question: “How can global capitalism be preserved in the 21st century?”

Well paid, well endowed, with all needs and facilities provided in abundance, the intellectual group (called the “Working Party”) went to work. Claiming to be “ideology-free” they produced a copiously documented report within 12 months. They asked to be taken seriously and apologized for their terrifying language. But they pleaded that their report could never be as terrifying as what they had actually seen. The second message carried by the book is an introduction to a refutation of the Working Party’s Report by Susan George. The author does not provide a comprehensive refutation – which she had hitherto been doing – but a method of refutation: Attack the premises of the “Lugano Report” rather than its conclusions and recommendations. For if you demolish the premises, the conclusions and recommendations will collapse.

The core premise of the “Lugano Report” is that “the market, at its broadest and most inclusive, is the closest we are likely to come to the wisdom of the Almighty.” It is therefore desirable, the Working Party strongly affirmed, to preserve the free-market economy. Their warning, however, is that by the way the transnational corporations (TNCs) are currently pursuing production, it is not only capitalism that is endangered, but the planet Earth itself. The TNCs must therefore fashion mechanisms to discipline themselves in two directions: saving the environment and coming to terms with the inevitability of the “system” not being able to accommodate everyone, or, to put the matter directly and concretely, that the world is dangerously over-populated.

Flowing logically from the “finding” in the preceding paragraph is “Lugano Report’s” core recommendation: Population reduction strategies must be evolved to check population growth, and then reverse it, most particularly in the countries of the global South. The Working Party is convinced that the world had exceeded its optimum population by at least 40 per cent, and that most of the “excess” population comes from the South. Drastic measures must therefore be initiated to bring back the population to the optimum. Concretely and in practical terms, population reduction measures must become conditionalities for economic assistance. Fortunately, history has also provided instruments for population reduction, including Conquest, War, Famine and Pestilence – the four “Horsemen”.

We end this piece with four particular submissions of the Working Party: One: “The means so far devised for overseeing, safeguarding, and perpetuating the free global market economy are grossly inadequate. A brief inventory of existing global institutions shows that most of them are worthless for escaping the dangers on the horizon. They may be worse than useless in so far as they convey a false sense of security. We live today in a tragically under-managed world. But if the globalized free-market economy is to be self-sustaining, it needs rules. Those rules can best be made by the major actors in that economy,” that is, the Transnational Companies (TNCs).

The second submission: “It should come as no surprise that unregulated markets are quite capable of creating tensions (mass unemployment, social upheaval, environmental degradation, financial crash) that undermine the market system itself. Global shock-absorbers are not being installed on our standard model. Given an inherently fragile system lacking legitimate enforceable rules, we can only warn against global accident sometime in the early twenty-first century – if not before”. Three: “The twenty-first century must choose between discipline and control or tumult and chaos. The only way to ensure the greatest welfare for the greatest number, while still preserving capitalism, is to make that number smaller”.

And Finally: “We do not foresee the renaissance of some neo-Soviet empire; we seriously doubt that any alternative world political economic system can reasonably compete with the global market economy on theoretical or on practical grounds in the decades to come. A resurgent, credible Marxism is not on the cards. So, the fate of the world is directly tied to the fate of capitalism: If the latter collapses, so will the former.”

These submissions are combinations of “premises”, “findings”, “recommendations” and “warnings” issued by the “Working Party” for the “preservation of capitalism”. Over to you, the Nigerian Left. But, then, is Susan George a pessimist? Not exactly, she says: “If you are fatalistic, you say that capitalism just rolls on like a juggernaut, crushing greater parts of humanity and the environment. But the system is fragile, with lots of cracks. We just have to get out there with our pickaxes and work along the fault lines”.

Humanity will survive this pandemic as it survived others before it. But the Left and all anti-capitalist forces should determine that global capitalism, together with its regional and national segments, will not be allowed to reconstitute its pre-pandemic political hegemony when all this is over.