Covid-19 And Issues Around Federalism 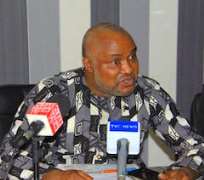 The emergence of the CORONAVIRUS PANDEMIC IN NIGERIA has brought with it some issues with deep rooted underlying political undertones one of which is the separation of powers between the National and by-national political institutions.

To put it in a very plain language, the coming of the health challenge and the consequential declarations of lockdown across the Country has raised the question of where the boundary lies between the exercise of Presidential power and gubernatorial powers and functions.

Another underlying political development that has evolved since the advent of the series of curfews and shutdowns both by President Muhammadu Buhari and the governors is the need to properly dissect the possibilities of conflicts between the quarantine Act of 1926 and the Grund Norm of Nigeria which is the Constitution of the Federal Republic of Nigeria of 1999 as amended.

However, what is not debatable is that there is no way any smaller legislation or statute will edge out the Nigerian Constitution in the hierarchy of powers because the Constitution which is interpreted as the Supreme law of Nigeria spells out clearly that should there be conflict of that shape then the Constitution automatically overrides the other law to the extent of the irregularities. This is why the primacy and supremacy of the Constitution is unambiguously highlighted in section 1 of the Constitution of the Federal Republic of Nigeria.

As a student of politics and an observer of politicians, I was worried when the President unilaterally declared a total shutdown of some states such as Lagos and Ogun State even before he went back to the Presidential legal archives to extract the relevant sections of the Quarantine Act of pre-independence epoch to cite as the authority for making such a blanket declaration. His declaration was not captured under section 305 of the 1999 Constitution which Provides for the imposition of a State of emergency in the Country or any part thereof . The section empowers the President to issue the declaration of emergency by way of official Gazette.

I sensed that there was conflict as soon as the President finished his pre-recorded television broadcast because since Nigeria runs a FEDERALISM which includes the center and the component parts which have some levels of autonomy, I had expected at least a conference call from President Muhammadu Buhari and these Governors to so reach a determination because the Constitution recognises the governors as the political heads of their respective states and unless there is a national EMERGENCY declaration made by the President and passed by the National Assembly in line with the relevant constitutional provisions, the President can not just sit in his office in Abuja and shut down Lagos or indeed any other states within the Federal structures when there is no war.

This is because Nigeria does not run a UNITARY SYSTEM OF GOVERNMENT.

The signs that there was some silent angst emerged when the Ogun State governor did not begin the implementation of the LOCKDOWN from that same date like Federal Capital Territory but moved it to Friday to give the residents of Ogun State the opportunity to stock up their kitchens and then join in the total lockdown.

This attitude of the Lagos state governor interrogated the place of FEDERALISM in all of these scenarios. This would later be manifested when the Federal and state MIGHT clashed between the Rivers State Government and the Federal Government in which case the former arrested two Pilots for flouting the Rivers State's executive order limiting movements into Rivers State even as the Federal government overshot herself when the ministry of aviation which had shut all airports later authorised some helicopters to fly in crude oil workers into Rivers State without regards to the extant executive order by the Rivers State's government. We will return to the issue but let us look at the powers of state governors bus a bus the powers of Mr President to rely on the Quarantine Act of 1926 to declare a lockdown.

Others are: Section 22. Infected local area in Nigeria When the Minister has in the Federal Gazette declared any local area in Nigeria to be infected with a quarantinable disease, the following provisions shall operate in relation to any ship departing from any port specified by the Minister to any other port either within or outside Nigeria(a) (b) (c) (d) (e) the port health officer may and if so requested by the master shall examine any person who proposes to embark or is already on board the ship; the port health officer may require any part of a ship which is infected to be disinfected to his satisfaction; an authorised officer shall inspect any clothing, bedding or any person on the ship and which, in the opinion of the officer, may have been exposed to any infection and may require the disinfection or destruction of any such clothing, bedding or article, and the master shall disclose to the authorised officer any relevant circumstances; no person shall take or cause to be taken on board the ship any article which, in the opinion of the authorised officer, is capable of carrying infection unless that officer is satisfied that that article has been disinfected and, where necessary, disinfected; if the port from which the ship is leaving has been declared to be infected with plague, and if there is reason to believe that there are rodents on the ship, the port health officer shall cause the ship to be deratted or direct it to proceed to the nearest designated approved port convenient to the ship for deratting.

Section 23. Surveillance (1) Where these Regulations permit a port health officer to place a person under surveillance, the period of such surveillance shall not exceed such of the following periods as may be appropriate.

Then down the line the Quarantine Act stated as follows: (2) Proceedings for imposing any fine or imprisonment under these Regulations or for recovering any expenses incurred or charged by the Government in carrying out the provisions of these Regulations may be commenced and determined by any magistrate.

But as I said, there are lingering issues of where the powers of each between the governor and the President begins and ends especially in the case like now that we have a President that is authoritarian. The conflicts brewing between the Rivers State Government and the Federal Government of President Muhammadu Buhari tells you that there is the need for better understanding amongst all arms of governments and also for the National interest to override political party affiliations. To think that because the Rivers State's government under Mr. Nyesom Wike of the peoples Democratic Party (PDP) decided to insists in the enforcement of a state-wide curfew and the Aviation minister Hadi Sirika authorised some helicopters to violate the state made law and then the Inspector General of Police Mohammed Adamu dabbled into the political arena to withdraw the Rivers State's COMMISSIONER of Police Mustapha Dandaura for enforcing a legally enforceable law of Rivers state government. This has made the Rivers State Government to set up a parallel border security team of its own to enforce the state law. This is legally permissible because the state house of assembly is permitted by the constitution to make law for the protection of the public security and punlic good of their people.

The Rivers State Governor, Nyesom Wike, said on Monday that the state government would establish a task force to replace federal security agencies manning its borders.

Wike explained that the establishment of a task force to man the borders became necessary because of the likelihood of sabotage from federal security agencies.

“We suspect there will be sabotage on the part of the security agencies. That is why we are appointing a task force to man our borders. We owe our people a duty to protect them. There is likely to be sabotage. Our Task Force will be at the borders to protect our people.”

Wike maintained that the laws on the restriction of movement must be implemented for the safety of everyone..

Also, Attorney-General of Rivers State, Prof. Zaccheus Adangor, said the two legal instruments signed by the governor would help in the fight against coronavirus.

He said the Quarantine (Coronavirus (COVID-19) and other infectious diseases) Regulations (No. 2-2020) stipulates non-custodial sentences for offenders, adding that individuals will be fined N50,000 while corporate organizations will be N1million.

Adangor said that the regulations directed the Chief Judge of Rivers State to assign a judge or magistrate to try offenders.

The intriguing thing is that after this lockdown is over and the CORONAVIRUS challenge is defeated, Nigeria needs to be governed in accordance with the extant laws. I see a possibility that if not for the strong resolve of Governor Wike, this CORONAVIRUS PANDEMIC IN NIGERIA would have impeded on the essence of FEDERALISM.