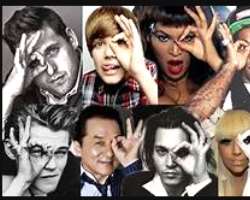 Covid-19 is a Chinese Virus deliberately let upon the world which the the Illuminati wants to use as a deadly blow to execute their one world government agenda. The problem is that the level of fear the Illuminati leadership wanted to strike through the rampant death has backfired.

Two things are responsible for the backfire. First is that the news of Chinese complicity in the leakage of the virus which came out early. Secondly, the owner of Microsoft, Bill Gates was quick to advertise his vaccine as a probable solution to the pandemic. Two quick moves which I attribute to the Hand of God, blew the cover on Illuminati’s grand plan to cage the world.

Anyone doubting the Chinese and WHO conspiracy, with all the glaring facts, is confused. In my last writeup titled ‘Corona virus: Jesus not Coming Soon, More Pandemics Coming’ I posited that among other things that

“In 2019, Chinese virus escaped or was deliberately let out from a lab in Wuhan to test potency. The Illuminati cashed in on the epidemic and deliberately allowed it spread worldwide so they can propagate a ‘One World Order’ curable by chipped vaccine. The WHO leader was a willing tool in both the Chinese mischief and the Illuminati grand plan. The virus is killing people in hundreds of thousands worldwide. The churches are forced to close down to avoid a spiritual template of opposition”.

An Illuminati top shot in Nigeria told me in January during a heated conversation, after the Nigerian Supreme Court sacked a sitting governor he has soft spot for, that ‘we will soon shock the world and we shall see where all these pastors and priests will take their stupid prophesies to’ That is why I was not comfortable when fear filled clerics were closing up churches in the name of preventing Coronavirus.

Reacting to it in my piece titled ‘Corona Virus: Church Leaders Abandons God, Suspends Masses and Deliverances’ I stated that,

“The Corona Virus scourge in Nigeria had shown how church leaders, agents and oracles of divinity have abandoned God and closed down churches for fear of death. The rate at which religious leaders in Nigeria tremble before Corona Virus had only opened up the nakedness of all the empty masses, empty communion, empty deliverance and empty confessions which these men used to hoodwink their followers.

”This is the time when the God they profess to their followers will be called upon to intervene, and the churches have abandoned God, closed churches, tuned to CNN, Fox News, China News to know whether they will survive or not.

“Churches have suspended the hallowed sacraments, the Holy Mass, the Stations of the Cross, and the Tridum Mass of Holy Week, the Anointing Services, the Communion Services, the Deliverance Services, the Prophetic Services and Praise Services which brings down the power of God” and my views have not changed yet.

Among the two things that blew the lid on Illuminati plot was the early revelation by Taiwanese and Japanese scientists and security intelligence that there is a virus in China, released from Wuhan, killing people and the World Health Organization is dancing to the Chinese rather than securing the world. Most of the information on outrageous death, missing scientists, communist clampdown on critical information, initially came from Japan and Taiwan, but were ignored by the West. Now everybody is blaming China for the virus and the Illuminati are not finding it funny.

The second blow was the speed at which Bill Gates started getting media attention in efforts to advertise a vaccinated cure for Covid-19. Bill Gate's indiscreet propagation of a vaccinated solution, infuriated a suspicious European community, and the world is barking at him the manner they are barking at China.

The role of WHO is very despicable, issuing deliberate conflicting information on the potency of Covid-19 until the world became a huge death trap. WHO is a willing tool in the hands of China and Illuminati.

The ultimate goal of Illuminati secret group is to ensue a ‘One World Government’ where nations are reduced to regional counties, and a world where a unified political leader(Antichrist) and unified spiritual leader (False Prophet)a unified identification system ( Mark of the Beast) will lead a unified world into the hands of Lucifer. Revelation 13:1-18 elucidated the events and identities

With the Covid-19, the world was nearly linked up, but the aforementioned twists, a result of God’s intervention, halted the speed of the plan, and will hopefully give the world a breather for a couple of years before the Illuminati concocts another mischief, pandemic and disaster.

The world was expected to be beggarly asking China for a helping hand to contain the disaster with their own cure and antidote-making them emergency superpowers. In the alternative, the world is expected to also embrace the INO-4800 DNA vaccine with a chip implantation order to curb the scourge. All these backfired because while the churches were hiding; God used scientists, intelligence officers, health workers and the discerning populace to rejected the idea.

However, from my information and estimations, the Illuminati are very happy that they have advanced a step towards a one world government. Though the plan ran into unexpected hitch, at least, the church had abdicated its spiritual position to scientists, soon, the scientists may abdicate to cultists and the world will be in darkness.

The church member forced to take refuge in his house, should build his faith on the Word of God. The Church member should be vigilant and deliberately unite against any agenda whose ultimate purpose is not visible. The Illuminati have dealt a big blow to the world because the church was chasing shadows at a critical time.

Let all be vigilant because the Illuminati will strike again with something else worse than Coronavirus . Coronavirus is not God’s judgement as expounded by preachers, it is Satan's scientific attempt to institute a one world order, therefore, let The Just Live By His Faith (Habakukk 2:4,Hebrews 10:38) and let’s watch out for another deadly blow from Illuminati and the Chinese.