Facebook has closed the big Ugandans at heart group again 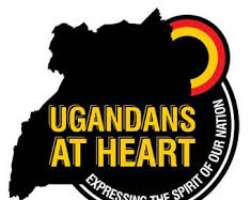 Facebook has closed the big Ugandans at heart (UAH) group again, blocking over 422,748 members without any notification. They have also stopped me from posting in my personal timeline in the next two days. They said that I posted something 'that breaks community standards', but I do not know what post they meant, exactly. Amazingly, I am not even allowed to message anyone about this using their network. I cannot even issue a statement telling people what is going on-- It’s like a dictatorship yet the group has been mainly exposing everything about dictatorships and has been the most active on that front.

Facebook first closed Ugandans At Heart community group in 2015 before the 2016 elections, but they later opened us up after some people contacted them about this unfairness—Honestly, I strongly feel like giving up, because moderators have been trying their best to keep almost everyone in line. Uganda is supposed to hold elections next year (2021), and we are being closed again.

There are people who post pictures of naked women on Facebook daily, to the extent that some have even created groups and pages purposely for this, but Facebook never touches them. But if any of the unmoderated members posts a picture of any woman, just not dressed decently- showing something as silly as thighs, on UAH, Facebook will pounce them immediately, and notify the moderators. Its like we are being watched 24/7 by a special team. May be the closure will give everyone peace if all our efforts to have it reopened hit a dead end!