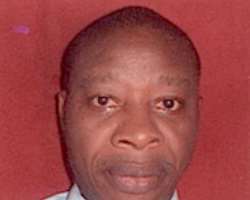 After observing with increased concern, the issue surrounding COVID-19 Index Case in Nigeria and all the conflicting theories that have emanated from the incident, the Social and Economic Justice Advocacy (SEJA), a nonpolitical and non-religious organization, deems it necessary to commendthe proactive and efficient management of the dreaded Corona Virus pandemic (COVID-19), crisis in Lagos state, led by its Executive Governor, Mr. Babajide Sawonlu


Aside from Lagos being the state with highest number of recorded cases in the country, the group in a recent release signed by its national Cordinator, Barrister Emmanuel Nwaghodoh, and made available to the press in Lagos, noted with delight the way and manner the state government creatively managed enlightenment of citizens, established food banks to cushion the effects of the stay-at-home order on Lagosians; developed strategies that are perfectly consistent with sophisticated crisis management techniques which has further helped Lagosians abide by the safety rules, and adhere to the lock down regulations as ordered by the state and the Federal Government from Monday, 30th March 2020.

Also worthy of commendation is the state’s bold step in signing the sit-at-home directive into law.

According to SEJA,, the Babajide Sanwolu led administration has through its action within the period of Corona virus crisis demonstrated to the world that it is both a responsive and responsible administration that is out to providing a people-purposed leadership through protection and improvement of the life chances of Lagosians. With this development, Sanwolu, like his predecessors has again reaffirmed Lagos state being a trail blazer and we honestly encourage other state governors to emulate this sterling leadership attributes.

Continuing, the group noted that the decision by the state government to create a website specifically for desiminating COVID-19 related information as well were Lagosians and of course the world can gain unhindered access to information updates qualifies the state government as the 21st century crisis management complaints. Also worthy of mentioning, the group added is the seamless collaboration with the officials of the National Centre for Disease Control(NCDC)- a federal Government owned institution.

While calling on Lagosian to support the administration by complying totally with the lock down order which is necessary and lawful, particularly,as it is backed by law that empowers the government to take action against those who would disobey the lock down order, as believers and advocates of the United Nation’s 2030 Sustainable Development Agenda-a programme that calls for, emphasized the need for all to continue the observance of rules as put forth by the World Health Organization(WHO) and the National Centre For Disease Control(NCDC).

The rules, Nwaghodoh explained includes but not limited to—washing of the hands regularly with soap and running water, and when that is not immediately available, use alcohol - madehand sanitizes as it is important that we stress the need for social distancing by trying as much as possible to be about 6 feet apart from the next person.

Even as the state enters the second part of the lock down period following the fourteen (14) days extention by President Muhammadu Buhari, there is another reason to develop a second major interest in the Mr. Sanwolu led administration.

This has to do with the disclosure during a joint Ministerial Press briefing on COVID-19 intervention held recently in Alausa, Ikeja, that the Coronavirus case identification campaign tagged the ‘Community Active Case Search’ is to commence and expected to run for two weeks in the first instance across the State. Health workers during this time will move from house to house, including health facilities, in pairs to administer electronic questionnaires on citizens.


However, while we call on Lagosians to support the administration through total compliance with the lock down order which is not only necessary but lawful, we recognize that the largest room known to mind is the room for improvement. And on this foundation, we ask the state government to further step up the process of providing palliatives for the people.

Lagosians on their part should endeavor to support the determine effort of the state government to defeat the Corona Virus pandemic by keeping to the rules handed down by the World Health Organization(WHO and National Centre for Disease Control(NCDC).