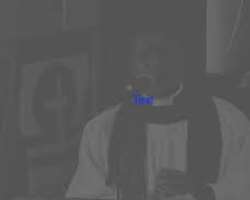 The police image maker said she could not confirm if ransom was paid, but that efforts were still being made by the police to arrest the fleeing suspects.

Revd. Oyi was kidnapped alongside his wife and children while in his farm working, yesterday morning at Issele-Mkpitime.

The kidnappers, however at a second thought, left the wife and children to go look for ransom to release their father whom they took away.

It would be recalled that the whiskers had released the wife and children to look for money to be able to pay as ransom for the husband's release.

But the church said the kidnapped priest was doing his farm work when he was kidnapped, saying the church has nothing to do with the saga, a source said.