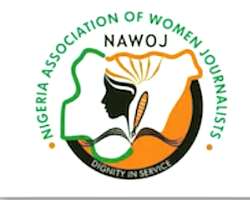 The Nigeria Association of Women Journalists (NAWOJ) in Osun state today called on the Commissioner of Police in the state, Babatunde Kokumo to parade and prosecute erring officers caught on video molesting and brutalizing a woman in Iwo yesterday.

In a statement signed by its chairperson and secretary, Mrs Motunrayo Ayegbayo and Mrs Florence Babasola respectively, NAWOJ described the incident as barbaric, uncivilised and unacceptable.

The association noted that all over the world, women are handled with dignity and under no circumstance should any trained police officer that supposed to be masses' friend turn to a bulldog that will be harassing innocent citizens, especially, hapless women.

NAWOJ however appreciated the directive of the Inspector General of Police, Muhammed Abubakar Adamu in arresting and detaining the culprits, but urged CP Kokumo to, as a matter of urgency, parade and prosecute them to serve as deterrent to other untamed power-drunk bad eggs in the force.

While urging Osun residents to complement government's efforts in curtailing Corvid-19 by adhering to the safety precautions issued by World Health Organisation, it also called on Governor Oyetola to make palliative packages available for citizens devoid of political affiliation.