From Secondary School to Tertiary Institution: What’s Missing in the Transition in Nigeria Education 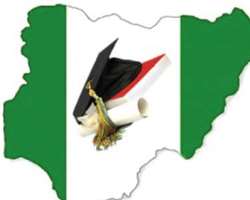 The gap between the secondary school education and the tertiary education in Nigeria seems so short that an SS3 student could become a higher institution student within a calendar year. With that, one start to wonder why many students in the higher institutions, especially ‘freshers’ (a term used for new students), are naive when it comes to certain issues relevant to their academic advancement.

Many a time, one wonders if there would have been a better output on the side of the students if there had been some sort of orientation given to them as they approach the end days of their sojourn in the secondary school. Such, if well planned would be fantastic but if not well planned might create more problems as many schools (mostly private owned schools), without thinking twice, would sort the malnourished expertise of their subject teachers. You can imagine a Biology teacher giving Arts students ‘basic’ orientation on what to expect in their respective course of study in the higher institution. Gradually the blame which should be on the student for his inability to come to terms with the dictates of the higher institutions would now be on his secondary school administration.

Definitely the secondary school would not take the blame. Schools administrators would put the blame on the government and probably say that the government has failed to encourage private businesses. If you think the government too would accept the blame, then you may have to look at the ways several aides to political leaders get their teeth into every discussion just to ensure their principals are buttered up.

One might think the introduction of certain subjects like ICT would help the students prepare themselves for the digital atmosphere that pervades the environment of the tertiary institution. Well, if it’s true that the environment of our tertiary institutions are digitalised is one thing to consider sometime later, more pertinent is the fact that many of our students are not better off after having encounters with subjects such as ICT. Would you blame such students when it is conspicuous enough that many of these ICT teachers themselves could barely operate certain applications on their computers? Worse off, some of these teachers teach ICT after they must have impressed others with their jaundiced knowledge of the computer. After all, a one-eyed man would easily be made the king in a community of blind men.

Many are the things missing in the transition from secondary school to tertiary institution in Nigeria, but rather than us continuing in maintaining this ill-formed status-quo, we can help ourselves by finding solutions to these problems. Teachers should be employed based on their academic background, competence and, at times, experience. Proper orientation should be giving to students, not merely by readily available hands but by competent hands.