Youth Body commends Federal Government and the Chief of Army Staff on the fight Against Boko Haram. 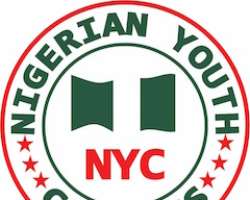 The Leadership of the Nigerian Youth Congress has commended the Federal Government of Nigeria for her great initiative to send the Chief of Army Staff to the war zone of Sambisa Forest in a bid to combat the deadly terrorist group rampaging the security of the nation.

In a statement made available to journalists in Abuja on Monday, Blessing Akinlosotu, the President of Nigerian Youth Congress said the youths of the country are happy with the development and wish to show appreciation for the laudable step, and also urge the Military to make sure they recover the peace of the nation from the hand of this deadly terrorist group.

Akinlosotu recalls the uprising of this dreaded terrorist group that has put the nation in a state of security threat for close to two decades, with series of attacks on Religious centers, Government facilities, lives and properties of Nigerian citizens, with unholy havoc not limited to kidnapping, rape, planting of explosives in densely populated strategic locations and execution of innocent citizens.

The brutality and inhuman activities of this terrorist group has been a major concern to the nation and the world at large, listing the Federal Republic of Nigeria among unsafe countries for visitors and investors.

Indeed, citizens are traumatized and this became a concern to the leadership of the Nigerian Youth Congress because a reasonable percentage of the victims are productive youths.

Hence the leadership of the Nigerian Youth Congress sincerely appreciates the Federal Government for her great initiative to send the Chief of Army Staff to the war zone of Sambisa Forest to combat the deadly terrorist group and we also say a big thank you to the Chief of Army Staff, Tukur Buratai, for taking the bold step and making a commitment by saying “We will not leave this insurgency to last like in other countries who have fought the insurgency for close to 50 years. We cannot allow that to happen here”

The Chief of Army Staff, Tukur Buratai, also vowed not to leave the theatre of Operation Lafiya Dole until the Boko Haram insurgency is defeated in the Northeastern part of the country.

By the special grace of God, we pray that the good Lord will protect you and give you victory.

We also want to appreciate members of the Armed forces, including the Nigeria Police for putting in tremendous efforts to secure the lives and properties of our citizens. And we won’t fail to reach out to those who have lost their loved ones to this insurgency, we pray that God will heal their heart.

We want to seize this opportunity to advise all corrupt officers to change and do the needful for the sake of humanity, for a good name is better than riches.