Rescuing and safeguarding the future of journalism in Nigeria 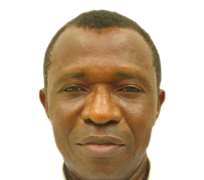 Journalism in Nigeria is on the decline, and its credibility is steadily being destroyed. The solution lies in the hands of practitioners. They can reverse the trend if they have the courage to admit the problem. But how prepared are they and, what needs to be done?

As a member of the Fourth Estate of the Realm the journalist has oversight function over society. His role is recognized by the constitution, a stimulus and catalyst for optimum service delivery. Yet, internal contradictions by practitioners have made this a tall order.

Chapter II, Section 22 of the 1999 Constitution defines the role and obligation of the mass media: “The press, radio, television and other agencies of the mass media shall at all times be free to uphold the fundamental objectives contained in this Chapter and uphold the responsibility and accountability of the Government to the people.” What a privilege! It is small wonder therefore that the journalist enjoys veneration in society that is hardly accorded other professions.

This affirms the journalist does his job in trust for the public by communicating government programmes, successes, failures and flaws and, where necessary, offer solutions and set agenda. This scope which also covers the private sector is further enhanced by the Freedom of Information Act which gives the journalist right to demand and access information considered of public interest from relevant public institutions.

But have these statutory provisions been properly harnessed and utilized for delivery of quality journalism in Nigeria today? Your guess is as good as mine. There is a huge news transmission gap in the Nigerian media space either due to fear or compromise or both. This is not a blanket indictment as a few media houses and journalists have distinguished themselves in excellence.

Elements that weaken performance and encourage compromise are being brazenly embraced and elevated as standard, leaving journalism with a deficit image. Practitioners need to move in unison and restore credibility, dignity and sanity to the profession to secure its future but will those practitioners that benefit from unethical practices cooperate? The challenges are daunting.

The void created by the absence of a unified rallying command strong enough to initiate and drive the process for practice of credible journalism in Nigeria is unhelpful.

Therefore, the first step going forward is to merge the current three associations - the Nigerian Union of Journalists (NUJ), Nigeria Guild of Editors (NGE) and the Newspapers Proprietors Association of Nigeria (NPAN) into one resilient cohesive body. The profession needs a body that can give journalists a voice and capacity to discharge their legitimate duties as provided by the constitution. This arrangement will open new vista for unity, professional identity, unalloyed protection, undivided interest and collective aspiration.

The Nigerian Press Organisation (NPO) as currently constituted is not an alternative. What is required is a complete fusion of the three groups. Prior to the formation of NGE and NPAN, the NUJ was the sole body for journalists up till 1965 when the NGE was formed. Without prejudice to the good intentions of the founding fathers of NGE and NPAN, prevailing circumstances no longer justify multiple bodies.

There is urgent need to pool strength and resources together for the protection and development of journalism. After all, current objectives of these three groups are interwoven. They are either regulating the profession, protecting the interests of journalists or providing a voice for them. Rather than dissipate energies and resources, journalism will be better served under a single entity.

In my over 30 years in the profession, the line between the reporter and the editor is too blurred for separation. In the absence of administrative classifications, operationally, the editor reports and the reporter edits. Proprietors are also not completely immune from editorial content. Professions with single association are more potent and responsive to the needs of their members.

Too many cooks spoil the broth. Allowing the NUJ, NGE and NPAN to manage and speak on behalf of journalism in Nigeria is a recipe for confusion, disunity, rivalry and pursuit of narrow group interests. Indeed, it is an unhelpful clog frustrating the wheel of vibrant journalism in Nigeria and weakening the capacity of the profession to inspire hope and ambition among new generation of journalists.

The second step is to push for reconstitution of the Nigerian Press Council. Why should government mediate in matters of ethics and standards for journalists? Government’s presence on the Council is absurd and, a toxic influence capable of constraining journalists from reporting government’s deficit and flaws.

The Council was an imposition by the military junta in 1992. Government has no business in a Council charged with media monitoring and compliance. The Council should be solely managed by senior members of the profession who should be responsible for ethics, standards and discipline.

Third step is to keep a record of journalists. Journalism has become a free-for-all profession. Interlopers flourish in the profession today because of the space created by the absence of a single rallying body for practitioners. A profession should have a register of its members updated from time to time.

I recall the attempt made to keep a Register of all practicing journalists in 2003 by NUJ under Smart Adeyemi as President. It was entitled, “A compendium of Journalists in Nigeria”. My number on that Register is 2928. It might not be perfect but was a brilliant initiative. Is it being updated? When you do not know your members, you make way for counterfeit.

The fourth step is to put an end to recognition awards. Giving awards to people under your reportorial jurisdiction is illogical and unprofessional. Media houses and journalists have no business organizing ceremonies to present awards to politicians, businessmen and government officials, a people whose activities the media is constitutionally responsible to highlight.

Why giving awards to people for carrying out their responsibilities? This practice undermines the integrity and credibility of journalism, exposes journalism to ridicule, damages the reputation of the profession and indeed, a betrayal of public trust. Similar practice in other climes does not make it right. The motive and the back-end dynamics of these awards are ethically weird and the media risks being branded hire-purchased journalism or cash-and-carry journalism. This should be left for NGOs and the like.

The fifth step is to put an end to delay or non-payment of salaries. A dangerous culture of irregular salary payment is being enthroned in the journalism profession. This has almost become a norm. Most media houses no longer meet salary obligations on due dates and, this is putting journalists under unwarranted pressure and temptation. The labourer deserves his wage. I had gone through this route, having worked for 10 months without salary, so, I feel the plight of journalists under this condition.

Some journalists mitigate this circumstance by trading valuables for survival. An example is the Journalists’ Estate at Arepo acquired by NUJ under Funke Fadugba. All plots of land were originally allocated to journalists but today, many of these properties have been sold to non-journalists, who are now the new majority.

The only reason the estate is still under the control of journalists is because of the bye-laws making it mandatory for principal offices like Chairman, Secretary and Treasurer to be held by journalists. The three-man committee appointed by NUJ to draft the bye-laws had envisaged journalists would one day become minority in the estate, and therefore added the clause to put the management of the estate firmly in the hands of journalists. The committee was made up of Gbenga Adefaye, Michael Owhoko (my humble self) and Agatha Edo.

Expectedly, the non-journalists are embittered over this clause and are currently pushing for it to be expunged from the constitution to enable them take control of the estate. If they succeed, then the efforts of NUJ to establish a home for journalists would have been in vain, as they are likely to erase all traces of journalism in the estate. This is the price of financial incapacitation induced by unstructured salary scheme.

I commend those few media houses that have made it a duty to pay their workers on due dates. If the working condition of the average journalist is not right, how do you encourage younger generation to take up journalism as a profession? There is so much disincentives and disenchantment that most young professionals are opting out of journalism to take up career in other fields. This is a big threat capable of leading to dearth of skilled personnel.

Lastly, there is the need to encourage journalists to become owners of media. A group of journalists can pool resources together to establish own media. When politicians and businessmen set up media, they influence, dictate and interfere with editorial judgment, making editors lame dock. Even columnists in such media are unable to anchor objective opinions for fear of losing their jobs or hurting the interest of their employers. This should not be.

Let’s rescue and safeguard the future of journalism in Nigeria.

Michael Owhoko is a journalist, author and public relations consultant who has mostly worked in the banking, oil and gas, and media industries. He is the author of The Language of Oil and Gas; Career Frustration in the Workplace; Nigeria on the Precipice: Issues, Options, and Solutions; The Future of Nigeria; and Feminism: The Agony of Men. He is also the publisher of Media Issues, an online newspaper that can be found at www.mediaissuesng.com .