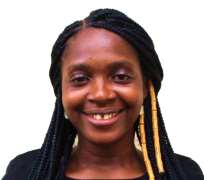 Petty Offences are defined as minor offences or offences without victims. In most cases, the poor and vulnerable members of the society form the bulk of the perpetrators of such offences.

Most law students opined that justice is what the law says it is. While this perspective might seem lame and vague, it is hardly arguable as we see this play out daily, leading to the rather unflattering conclusion that “the law is an ass”.

However, a formal definition of the term “Justice” as proffered by Merriam-Webster dictionary describes justice as “the fair treatment that everyone deserves”. This indicates (1) that justice should be inclusive and (2) should not be just a noun, but also a verb, an active word.

In reaching a pertinent conclusion regarding the nature of the term Justice, however, the following questions come to mind: Who interprets laws? Is fair play actually exercised in the course of interpreting laws? Are these interpreters independent, with independent minds? Can we believe their interpretations are sound enough?

Legal Practitioners know better than to disagree that the court (but in a larger scale, the judiciary) is the last hope of a common man. One can also opine that the common man is the one most in need of justice. If the common man therefore cannot get justice, then it could be argued that justice itself has failed humanity in its entirety.

Alfred Thompson “Tom” Denning, Baron Denning, an English lawyer and judge, popularly known as Lord Denning, was famous for the wisdom he displayed in passing judgments. On many occasions, he said, "I am concerned with justice."

Justice for him was the reason he became a lawyer, and thereafter, served as a judge for so many years. Justice was a daily pursuit for him. To this end, whenever he was faced with a situation that seemed to him dishonest, unjust or wrong, all his ingenuity and erudition would be directed to finding a remedy, even if the wrongdoer appeared to have the law on his side. Denning was constructive with his delivery of justice. He always passed fair judgements because “humanity” for him was all that mattered. In the case of Denning, justice could be seen as what the law says it is, because the interpreter interpreted so well.

Historically, petty offences originated during the colonial era, where the aim of the colonial masters was to subjugate and dehumanize citizens of its colony. These are decades old, rusty laws which should be abolished, but which have, unfortunately, thrived well into the era of democracy, rule of law and human rights.

Nowadays that there are no colonial masters, one would expect citizens of all classes and social strata to truly enjoy liberty, as well as respect and non-discrimination. The existence of petty offences have halted most efforts to ensure that all citizens of Nigeria, irrespective of their social class, enjoy their human rights to the maximum. These petty offences have given security and law enforcement agencies ultra vires powers to act unduly and indiscriminately.

Statistically, the part of the society that suffer from these offences are; Poor Persons, Women and Sexual Minorities. These classes of people are vulnerable to the exercise of petty offence laws.

The African Union (AU), with support from other African human rights institutions, has resolved to see to the abolishment of petty offences in Africa. In its opinion, the existence of petty offences is a violation of articles 5, 6, 45, etc of the African Charter for Human and Peoples Rights.

Lawyers Alert's key objective is to promote the rights of vulnerable groups and indigent persons. To this end, Lawyers Alert renders free legal assistance to these persons, actively engages stakeholders from varied fields to enact favorable laws and policies, monitors the implementation of same, amongst others.

Lawyers Alert works to ensure that justice is served to all members of the society, with special consideration for the poor and vulnerable groups who are hardest hit. The organization has at different occasions rendered free legal support to poor and vulnerable groups in the society. Some of these cases are however still ongoing in various courts in Nigeria. The cases range from hawking, loitering, violation of persons’ human rights on the basis of their private, sexual lifestyle and affairs.

By virtue of Lawyers Alert’s years of involvement in petty offences cases via its free legal assistance to the vulnerable members of the society, the following lessons have been learnt:

That justice is about looking at cases through a human rights lens.

That the existence of petty offences in our law books is not a means to curtail crime, but a means to increase crime.

That the existence of petty offences is an indirect disagreement with Chapter 4 of our Constitution and all other human rights laws that are applicable in Nigeria.

Africa has gotten to that point where issues of petty offences ought to have been abolished, as the world has moved past them. This is hoping that Nigeria takes the lead in this pursuit thereby establishing a firm reputation as a true giant of Africa.

Ellen Chigoziem Onugha Esq. is a Legal Officer with Lawyers Alert Nigeria, a human rights organization. She can be reached at [email protected]