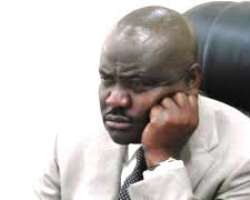 The Federal Government has said that it does not need any permission from Governor Nyesom Wike to fly into any military facility in the country, warning that the issue of coronavirus is a matter of life and death and should not be politicized.

The Minister of Aviation, Senator Hadi Sirika, said this on Friday in Abuja at the ninth joint national briefing of the Presidential Taskforce Force (PTF) on COVID-19, headed by the Secretary to the Government of the Federation (SGF), Boss Mustapha.

There has been controversy over the arrest of pilots of the Caverton Helicopters for allegedly defying the Rivers State Government lockdown order over the COVID-19 global pandemic.

Sirika had earlier said that civil aviation is on exclusive list item number three, so no other person but the Federal Government has authority to legislate on it.

Answering question during the briefing, Sirika said, “So it involves the lives of 200 million of us and it takes precedence in this case. The pilots were carrying out national assignment because in the speech of the SGF, who is the chairman of the taskforce and the presidential address, exempted oil and gas from the lockdown or shutdown in national interest. Caverton Helicopters pilots were flying into the military base on national assignment.

“I may not be learned but I am lettered and I understand if any but, in this case, there is no conflict between a federal and a state law. I will not argue law on this platform in this case is unnecessary, as I said I am lettered not learned. So, whether His Excellency the governor of Rivers State ought to know if the exempted Caverton flight will be landing in a military base in Port Harcourt belonging to the Nigerian Air Force, he does not need to know.”