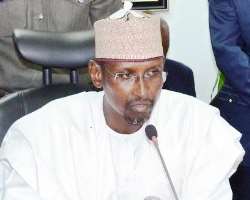 The Federal Capital Territory Administration (FCTA) has announced days of the week when markets will operate in Abuja.

The markets in the territory will now only operate three times weekly on Mondays, Wednesdays and Saturdays, from 7.000 am to 2:00 pm.

According to Bello, the directive is part of the ongoing measure to curtail the spread of the Coronavirus infection in the FCT.

He added that only retailers will be allowed to operate within the markets as wholesale services would not be permitted.

He advised FCT residents to patronize markets within their neighbourhoods rather than going to the major markets in the FCT, in order limit the spread of the virus between communities in the FCT.

Malam Bello, however, directed market managers and the FCT Police Command to ensure compliance with this directive by monitoring all entry and exit points of the various markets as well as activities of the traders.