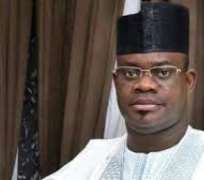 Fearing that the matter of alleged sexual attacks and physical torture of the Kogi beauty queen Miss Elizabeth Oyeniyi by a serving commissioner Abdulmuminu Danga may be swept under the carpet of impunity, the Prominent Civil Rights Advocacy group-: HUMAN RIGHTS WRITERS ASSOCIATION OF NIGERIA (HURIWA) has asked the National Human Rights commission (NHRC); office of the Inspector General of Police; office of the Federal Attorney General and minister of justice and the National Agency Against Trafficking in Persons (NAPTIP) to take over the investigations and deliver efficacious justice.

HURIWA said also that the Kogi State governor Alhaji Yahaya Bello has not taken drastic measures to punish his staff accused of kidnapping and raping a citizen only because she criticised him on the social media, expressed fears that having just come out from a tough and violence prone elections in which he was controversially returned as the winner in an election widely presumed to have been manipulated by the Independent National Electoral commission (INEC) the governor may not want to upset the Apple cart as he may still be compensating his foot soldiers like the alleged 'rapist' and commissioner for helping to return him as elected in that bloody governorship contest. "Kogi state has just had a tumultuous election in which violence took centre stage with armed political thugs using violence to rerurn the All Progressives Congress governor to power. It is alleged that most of the newly appointed commissioners may have worked as political thugs or those who procured disposable armed political thugs who manipulated that shameful election in which even the InspectorGeneral of Police Mohammed Adamu publicly admitted that armed political thugs were better armed than the regular police. It is usually the practice in most states that after elections those who helped to instal the governor are rewarded. Kogi is not an exception. So it may be practically impossible for the governor of Kogi state to profesionally supervise any independent investigation into the ALLEGATIONS of abduction, false imprisonment and alleged rape of a citizen".

"HURIWA has learnt that governor Yahaya Bello of Kogi State has ordered accelerated investigation into the alleged battering and rape of a beauty queen, Elizabeth Oyeniyi, by the state Commissioner for Water Resources, Abdumumini Danga. However we are not comfortable with this politically tainted investigation ordered by the governor. This probe will end up in a cover up. The best bet is for the Federal Attorney General and minister of justice to step in and request the office of the Inspector General of Police Mohammed Adamu to investigate the allegations and for the federal Attorney General and minister of justice to personally file a matter of rape if the investigations reach a considered conclusion that indeed the beauty Queen was raped by the Kogi state commissioner. The Inspector General of Police and the Director General of Department of States Services SHOULD protect this victim of a high profile Kogi state official who has the capacity to harm the victim for daring to report him to the relevant authorities after she faced the ordeals of physical and psychological tortures."

HURIWA recalled that the beauty Queen Miss. Oyeniyi had on March 29, 2020, made a post on her Facebook page about Danga not taking care of his sibling, who is her friend. It was gathered that the post did not go down well with Danga and he allegedly ordered his boys to look for Oyeniyi and beat her up. The victim told an Abuja human Rights activist that after she was beaten by the boys, she was ordered to strip naked and apologise to the commissioner thereafter. The 23-year-old beauty queen added that the commissioner took her to a hotel and raped her. She said, “I left Abuja for Okene to stay with my friend because of the spread of the COVID-19 and on getting there, she explained to me that the commissioner, who is her stepbrother, had not been taking care of her. “I saw a post made by a local comedian showing the commissioner distributing foodstuffs to people and I made a post that charity should begin at home and that the commissioner should take care of his household before taking care of outsiders. “The comedian saw the post and screenshot it after insulting me in the comment section for making that kind of post. An hour later, some guys came to my friend’s house to pick us up on the instructions of the commissioner and they took us to Lokoja.“On getting to Lokoja, I was beaten up by the commissioner and his boys; I was asked to strip naked and a video was made and my friend and I were made to apologise under duress to his fans and him that what I posted about him was wrong. He later took me to a hotel for the night and forcefully had sex with me. “I have been living in fear of what they might do to me, because they threatened to pour acid on me and take my life. The commissioner is threatening me to come out and drop the case. I want justice to be served, because he treated me like an animal and said nobody would fight for me.”

HURIWA has therefore asked the FEDERAL GOVERNMENT not to stand by and watch this victim of alleged rape further threatened by the commissioner even as the Rights group said the Wife of President Muhammadu Buhari should take interest in this matter by ensuring THAT the minister of Women Affairs should step in and provide technical support for this beauty Queen who is reportedly afraid for her life.

HURIWA said also that: " What a good state government would have done is to have ordered the police to arrest the commissioner like the police normally do to other accused persons and then the state government clearly suspends indefinitely or sack the accused person pending the conclusions of the investigations which must be transparent and accountable. It would seem that Kogi State governor is not willing to punish his boy for these serious allegations of kidnapping and rape of a citizen. This matter should therefore be taken over by the central government so we send a clear message to political office holders that they are not above the law and that sexual attacks against any citizen must never be tolerated. From all that has happened so far, the Kogi state administration looks set to cover up this matter. Nigerians from all walks of life must say no to this plot to cover up this hugely shameful crime of alleged rape".

HURIWA recalled that in the United Kingdom from where much of our laws were borrowed the office of the crown prosecution council equivallent to that of the SOLICITOR GENERAL OF THE FEDERATION is the office that handles all rape offences just as the Rights group said for purposes of further elaboration the roles of the CROWN PROSECUTION Council are as follows-: 1. The CPS is one part of the criminal justice system, which includes other organisations such as the police, the courts, defence lawyers, the National Offender Management Service, Youth Offender Teams (YOTs), the Witness Service and the Prison Service.

2. We are a public prosecution service for England and Wales, headed by the Director of Public Prosecutions. We were set up in 1986 to prosecute cases investigated by the police. Although we work closely with the police, we are independent of them. We are answerable to Parliament through the Attorney General, who is the senior Law Officer of the Crown and also a Government Minister.

4. The police are responsible for investigating allegations of rape and for gathering the evidence. In more serious or complex cases, we decide whether a person should be charged with a criminal offence, and, if so, what that offence should be. The police do not refer every complaint of a criminal offence to us. However, where a police decision maker considers there is sufficient evidence to charge the offence of rape, they must refer that case to a Crown Prosecutor, who will make the decision whether to charge."