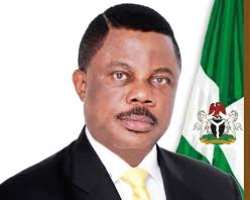 The coronavirus pandemic (COVID-19) has left Nigeria and the entire world grappling for measures to contain the rampaging disease which has led to the death of many citizens in several countries and put the global economy in jeopardy.

We note the national address by President Muhammadu Buhari on the issue and commend the Federal Government for the various measures taken to contain the disease and its fallouts. The restriction of movement in the FCT, Lagos and Ogun States are steps in the right direction, albeit somewhat belated. We are not unaware of the raging debates by jurists on the legality of the proclamation and its enforcement; however, we are of the considered view that the Quarantine Act provides sufficient legal shield for the Federal Government. The Act is an existing law which has not been declared unconstitutional by any court. At any rate, the existential threat to the human society as we know it posed by the pandemic hardly presents an ideal setting for arguing fine points of law, especially where lives are at stake. Indeed, self-preservation is the first law of nature. It may even be argued that, as difficult as it is, the lockdown should be holistic and extended nationwide.

We commend the Anambra State Government for the measures taken to contain the pandemic within the State. Shutting of schools and markets, prohibition of gathering of large crowds, emphasizing social distancing and maintenance of good hygiene as set out by the State Government are standard defences against the pandemic. We empathize with our people on the hardships wrought by these inevitable measures, and encourage all residents to support the government in discharging its constitutional role of safeguarding public health. Equally commendable are the palliative measures rolled out by the State Government, especially the provision of food supplies to senior citizens aged 70 years and above.

It must however be noted that the challenge of arresting and ultimately defeating the pandemic also requires robust involvement of individuals and corporates. Accordingly, we urge all citizens to contribute to the Anambra State Government fund raising effort to combat the pandemic. LAP plans to contribute to the Anambra State COVID-19 Account by mobilizing funds through its members, friends and well wishers.

Beyond this, LAP is committed to promote awareness towards eradicating the ignorance and cynicism that still pervade the COVID-19 sphere and create huge stumbling blocks to Government’s efforts against the pandemic. Sadly, too many people are still in denial, dismissing the coronavirus pandemic as a hoax, a conspiracy or an exaggeration. However, the near apocalyptic death rates in Italy and the United States indicate otherwise. LAP members are therefore enjoined to take our awareness campaign to all nooks and crannies of the State to convince the doubting members of the public on the pressing need to comply strictly with Government’s directives on the pandemic. Given their influence and closeness to the masses, traditional rulers, churches, town and village union leaders should aggressively reinforce Government’s directives and the compelling need for compliance. They should also help to organize provision of palliatives for the most vulnerable members of the society to augment Government’s effort in that regard. It is in this vein that we find encouragement in a video clip where the Igwe of Ojoto was presumably seen dispersing a large crowd at a funeral, leaving only the officiating priests and close family members of the deceased as directed by the Anambra State Government.

It is important that governments at all levels show transparency and fairness in the distribution of the COVID-19 palliatives, whether in cash or kind. This will encourage more people to heed Government’s calls for donations. Given certain factors like high population density (second only to Lagos State), the commercial inclinations of the residents and their high international exposure, Anambra State deserves special attention of the Federal Government. Accordingly, while commending the Federal Government for the N10 Billion grant to Lagos State – being the epicentre of the pandemic – as well as the exemplary leadership shown by the Lagos team in leading the charge against the scourge, we vigorously support the Anambra State Government’s request for special funding from the Federal Government to contain the pandemic, just as the State Government should strive even more to rise to the challenge occasioned by the pandemic. This also raises the urgent need to establish coronavirus laboratory and test centre in the state.

We urge governments to seize this opportunity to advance industrial capacity in relevant fields including especially in garment, pharmaceutical and medical equipment manufacturing. Face masks, hand gloves and medical workers’ protective gear are all within the capacity of our local industries. It is noteworthy that the United States Government has engaged General Motors to urgently produce ventilators in great quantities. Innoson Vehicles Ltd has reportedly declared its readiness to produce ventilators if engaged by the Government. Government should urgently initiate discussions with the company in this regard for possible domestic use and with opportunities to also export the ventilators to needy countries such as Italy and United States to earn much needed foreign exchange. It is recalled that Innoson Manufacturing came to the aid of the Nigerian Airforce by fabricating braking systems for some of its old combat aircraft when the spare parts could not be sourced overseas.

Finally, the coronavirus pandemic has demonstrated how interconnected and interdependent our world is, and the need for cooperation among all stakeholders. We all need one another and everyone is important. The gravity of the pandemic demands not only that we all take steps individually and collectively to contain the scourge, but that we should also be on the lookout for the weak and vulnerable among us towards lending a helping hand to them.