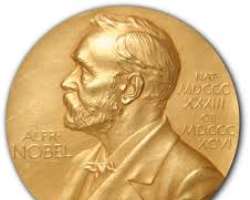 The Number of Africans killed by Malaria in the past ten years is unspeakable. This is the same statistical case to number of deaths caused by HIV, Ebola, cancer and Snake-bites in Africa. Today mankind all over the world is threatened by a new strain of corona virus known as covid-19.It is terror and horror. It began in Wuhan, China, moved to Europe, then to Americas, but now it is in Africa. How it began is not known, all models of explanation in relation to origin of covid carry indisputable weight. First among the equals is the conspiracy theory which hints that covid-19 may be a special virus developed in a laboratory at Wuhan to be used as a weapon by China in its commercial and superiority wars on North America. Conspiracy model has been given attention very varied levels of Journalism, ranging from academic journalism in the Conversation Global to purist journalism in Mercartonet.com.

So far, Africa’s economies are already emasculated by the early stages of the ever burgeoning infectious spread of covid-19; a condition fit enough to justify prediction with minimum error that Covid-19 has all the capacity to wipe out human race from the face Africa, just the same way a certain special virus in the era of European imperialism to Australia did to the native people of Tasmania by reducing their vulnerable populations to zero as the scientifically privileged Europe wore the blinkers.

Africa of today is more vulnerable to covid-19 more that the native Tasmanian was to the special virus during the period of colonial rampage on Australia. The anti-covid-19 preventive measures of wearing a mask, gloves, sanitizing hands with alcohol, keeping distance and self-isolation are all behavioral change strategies that cannot work well with the economically unprepared Africa, not only to mention the tradition of officiousness that have made most of Africa’s health care systems to be mediocrous, unresponsive and overtly displaced when it comes to service quality in the public health systems.

More discouraging is the palpable sham conditions in form of quantity and quality of hospital facilities in Africa that are nowhere near to being fit in counter-combating covid-19, just the same way they were and they have been not fit to counter-combat siege of HIV virus, Ebola and Snake-bites as well as cancer on Africa’s populations. Honest intervention would go with a model that readily gives Africa a vaccine. What Africa needs is a vaccine or a drug that can cure HIV, Ebola and COVID-19, but not supportive and supplementary treatment that puts Africa into a position of perennial borrower for health services . Any thinker about the world as a social system would not fail to find this gap a moral buck that stops squarely at the Western tables, given the technological and capital resource superiority in the medical researches that the Western societies enjoy. A fact again that borrows its justification from the serial manner in which American, European and Japanese societies have produced of medical and chemical scientists that have always won all the Nobel medicine and Chemistry Prizes since the inception of the Nobel Academy. I don’t know how much I will be condemned to a stand which supports the concern that Americans, Europeans and Japanese scientists have been Winning Nobel Prizes year in year, year out for nothing serious but for their snobbish and cosmetic adventures in Medical and Chemistry researches that never did even an iota of contribution towards the struggle to salvage poor people of Africa from very prolonged periods of mass deaths from HIV and Ebola.

It is believable that the culture of recognizing scientists and Economists for Prize at the Nobel Academy will not go on a for a long time without earning a condemnation for being an intellectual civilization that can easily prompt a curious mind to wonder but genuinely, whether the Nobel Academy is only a bourgeoisie institute that is out to flirt with intellectual rat-chasers posing as scientists. What I mean is that, a simplified thinking approach would easily conceive the Nobel Academy as a bourgeoisie Institute not interested in working as a comrade in arms with those struggling against tyranny of poverty and terror of disease.

Some basic logic in support of above type of arguments averagely hinges on the philosophy that the essence of a prize winning medical scientist in any society at any time is to protect mankind from disease. And by extension, it is an argument that the plethoras of Medicine Nobel Laureates from the Western World do not deserve all the pomp, respect, and dignified treatments they have always enjoyed under the light of the fact people of Africa are ever buckling under terror of Ebola, HIV, cancer and now Covid-19.I don’t know if this type of thinking can also be extended to make an critical observation about America, China and other rich countries displaying extreme energies when it comes to designing non-imperative technologies like those involve sending man to land on the far side of the moon, designing sophisticated automatic missiles like drones, developing internet based computing technologies and as well as developing geo-spatial technologies for monitoring Mars-quake statistics with exactitude but only to display serious naivety and sorriest incompetence when it comes to developing HIV,Malaria,Covid-19 and cancer vaccine. If this model of critical thinking can be morally accepted then it will not be wrong for one to wonder whether there are some Machiavellian tricks in form of intellectual dissembling and technological volubility in the practice of Western Science to make Western man an effective brute, a basic virtue for becoming a global Prince.

The global Prince, my dear reader, that you will easily capture in your mind’s eye when you happen to listen to the platitudinous discussions about covid-19 among the common people of Kenya wildly exchanging among themselves, talking and commenting that, ‘the good thing with covid-19 is also teaching the rich people a lesson.’ This is not only a vulgar statement made by one with emotional laziness, but a string of consciousness unfurling spontaneously among the poor people of Africa due to the mental dispositions they have harvested richly the from their experience in decades of income based medical discrimination that have always seen the rich of the earth enjoying good health-care services as the poor scum of the earth in form of black humanity wallow below the mire of poor health ravaged by HIV, cancer, Ebola and anthropogenic pollution of atmosphere of the earth . This type of victimhood conscience is also an echo of general human conscience calling for the scientist from developed countries to come out snobbish trappings and announce a vaccine for covid-19 instead of keeping on to play politically instigated bourgeoisie economic tricks that will obviously put Africa in a position of being absolute importer of ventilators, sanitizers and covid-19 management manpower. At least President Donald Trump has done something to announce that Chloroquine and Erythromycin can cure covid-19, these are laudable efforts under the unfolding global junctures of covid-19. However, poverty of credibility will not miss to pin down President Trump given the fact that he is not a scientist, not even public health researcher, virologist, a microbiologist nor a nano-chemical scientist; he does not have any mettle befitting him to announce any scientific discovery, unless he wants to take the world to the pages of Galiloe’s Daughter, a book by Dava Sobel, in which the Roman Emperors from Medici family robbed Galileo Galelai the rights to his scientific discoveries. Just like the Medici, President Trump does not have a tradition of science and research; he is only a real estate capitalist and politician. His acts of trumpet blowing for Chloroquine as a cure for covid-19 is an overtone of immense pressure the leader of any State can undergo for having mistakenly believed that the country he rules has able scientists only to discover in time under moments of exacerbating disaster that he has scientist in his country. It is an expected phenomenon of political psychology in such like situations.

Back to covid and Africa; let me remind you my dear reader that poverty is the key challenge when it comes to fighting covid-19 in Africa. The currently recommended behavioral change measures involving self-isolation, social distance, regular hand washing, staying home and calling the doctor in time are components of a social policy that don’t work well among poor societies like the ones we currently have in rural Africa. For example, in Kenya the urban poor are not able to stay home even under pressure from police reinforcement; this is so because the poor people of urban Kenya must go out to look for food on daily basis. Thus, the current experience is that Kenya’s slums dwellers still slip through fingers of the police barricades throng out onto the streets to look for clean drinking water and food for the day chanting ; ‘it is better to die of covid-19 than to die of hunger’. This is nothing else other than conflictive weight of urban poverty on government policy, urban poverty which has persisted in the world alongside troops of Economists from Harvard and Cambridge. Some of which have been ornamented with Economics Nobel Prizes, I think they have been ornamented for bourgeoisie reasons but not for world-class utilitarian (technical) reasons. They are the curse of our time, those economists. I mean Western bourgeoisie science betrayed mankind into defenselessness against diseases just the same way Western bourgeoisie economics betrayed mankind into poverty. This can look idiosyncratic, but it is an idiosyncrasy that genuinely questions the essence or the moral value of the Swedish Nobel Academy giving out Medicine, Chemistry and Economics Nobel Prizes in the year 2020.Vivam.