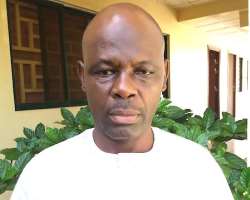 Abdulkadir Mohammed Salihu, a former sales assistant of the Nigerian National Petroleum Corporation, NNPC, Kaduna Depot on Wednesday got a kid-glove treatment from a Nigerian court.

Justice Z. B Abubakar of the Federal High Court, Kaduna gave Salihu a N1 million fine or a three-year jail term after a proven theft of over N6billion from the NNPC.

After the assets seized from him were added, it did not appear Salihu got a full measure of retribution for his offence.

The EFCC arrested Salihu on 29 October last year. Before his arrest, he was in charge of loading manifest at the Kaduna Depot of the NNPC.

The convict was arrested after several petitions against him were submitted to the Kaduna Zonal office of the EFCC.

Upon investigation, the EFCC discovered that Salihu conspired with some unidentified oil marketers to lift petroleum products without payment to the NNPC at the depot.

The theft was estimated at over N6 billion.
Investigation further revealed that he was part of the cartel behind multiple loading of petroleum products, without corresponding payments. He committed the fraud between 2009 to 2017 at Kaduna Depot

Following his guilty plea, Justice Abubakar sentenced the suspect to a term of three years imprisonment with an option of N1 million fine..

The convict also forfeited the following items:
*One unit of three-bedroom apartment and one unit of two-bedroom boy’s quarter situated at 2 Kpak Close, off College Road, Kurmin Mashin, Kaduna;

*One unit of three-bedroom apartment with two parlours and one self-contained bedroom situated at 6 Kpak Close, off College Road, Kurmin Mashin, Kaduna;

*One Fuel Station with four pumps with the name: Aminu and Salihu Ltd, situated at Sabon Gayan, Panturawa, along Saminaka, Jos Road, Kaduna.