Justice for Sambo Abdullahi, victory for whistleblowers in Nigeria 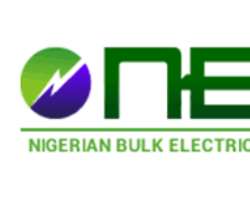 Whistleblowers are the first line of defence against corruption, crime and cover-ups, according to a 2019 paper by the All–Party Parliamentary Group (APPG) on whistleblowing in the UK.

For Sambo Abdullahi, head of internal audit at the Nigerian Bulk Electricity Trading (NBET) Plc, it has been one long tortuous journey. Over the past two years, he has been at the receiving end of the retaliation whistleblowers around the world, including in Nigeria, face for shining the light on malfeasance around them: denial of wages, job losses, expensive court cases, abuse, psychological trauma, blacklisting across their sector, and sometimes death.

Abdullahi has been denied his salary and other allowances since December 2017, threatened, blacklisted, arrested and sued. All of this for acting professionally and responding patriotically to the call of the Nigerian government asking citizens to join the fight against corruption by blowing the whistle on corrupt practices and other forms of wrongdoing in the country.

In two separate courts, in Ifo, Ogun State, and Okitipupa, Ondo State, where in a most brazen abuse of judicial process, Abdullahi was summoned to answer charges of defamation levelled against him by his boss, Dr. Marilyn Amobi, Managing Director of NBET, he easily walked through the doorway of victory. Both cases were struck out on account of Dr. Amobi's lack of seriousness in prosecuting.

The crisis of corruption in NBET has been going on for almost three years and the government appears not to have any solution. The appointment of Dr Amobi as the second substantive MD/CEO of NBET signified doom not only for Abdullahi as head of internal audit but also for the entire staff of the company. The MD withheld Abdullahi’s salary and other emoluments just because he exercised the right to decline participation in her fraudulent activities and rejected an unwarranted deployment to a new department unilaterally created by the MD to continue to perpetrate fraud.

Abdullahi, a Fellow of the Institute of Chartered Accountants of Nigeria (ICAN), graduated in Accounting from a reputable university and has over two decades of experience. He acquired experiences from both the private and public sectors before joining NBET. He was the pioneer Head of Internal Audit of NBET in 2012; a position he held till 2016 when Dr Amobi joined the company.

Within one month of Dr. Amobi's assumption of office, Abdullahi discovered the illegal over-payment of N2 billion to two generating plants, Omotosho Power Plc and Olorunsogo Power Plc, both of which have no Gas Supply Agreement (GSA) and Gas Transportation Agreement (GTA) as required by industry agreement. The implication of this fraudulent transaction is that electricity consumers on a monthly basis pay N2billion in excess of what they ought to have paid if this fraud is averted. It is on record that the very first month the fraud was detected, Dr Amobi assumed the role of internal auditor by signing off the payment vouchers.

Her defence for this unlawful violation was that the mandatory GSA and GTA had been waived. The questions for her are, who approved the waiver? Why was the waiver not extended to other thermal plants? And why did the waiver idea come only after the head of internal audit had uncovered the fraud?

Other transactions that made Abdullahi to incur the wrath of Dr. Amobi was his refusal to endorse other payment vouchers for illegal procurement of alcohol using taxpayers’ money, proposed monthly payment of N2.5million to one Engr. Achinaya (an ex-staff of both NEPA and PHCN) without procurement process, procurement of legal advisory services of Azinge & Azinge and Aelex law firms in gross violation of the Procurement Act, and payment for return flight ticket from London for Dr Amobi to resume work in NBET in violation of the NBET Board-approved benefit compensation packages just to mention a few.

As a retaliation against Abdullahi for doing his job professionally, which to Dr Amobi connotes standing in her way, she colluded with the Office of the Accountant General of the Federation to get rid of Abdullahi and his colleague Waziri Bintube. Both were removed from their duly appointed and NBET Board- approved functions as head of internal audit and Chief Finance Officer respectively. While Abdullahi’s salary was stopped, Bintube was sacked.

In response, the duo wrote a petition to the Ministry of Power in 2017. The ministerial committee report was released in March 2018 and vindicated them, while indicting Dr. Amobi. But despite the minister’s (Babatunde Fashola) directives that Abdullahi’s salary should be restored and Bintube reinstated immediately, and in fact that both workers should enjoy the rights of NBET staff, Dr. Amobi refused to comply with the directives.

Till date, she denies Abdullahi his salaries and Bintube has not been called back. Dr. Amobi heads a government agency supervised by a Ministry, but her insolent defiance of a Ministerial order is unprecedented in the history of public sector administration in Nigeria. And it is strange that this is happening under a government that claims to prioritize due process and accountability in the public sector.

As if the stoppage of salaries and sacking were not enough, Dr Amobi got Abdullahi and Bintube detained in the facility of the State Security Services (SSS) for more than twenty-four hours. Several directives by Babatunde Fashola, then Minister of Power, were rebuffed by Dr Amobi who insisted that as an appointee of President Muhammadu Buhari she would only take directives from the president.

While the issue of salary suspension remained unresolved in spite of interventions from the Ministry of Power, Office of the Secretary to the Government of the Federation and the office of the Vice President, among others, Abdullahi approached the National Industrial Court in December 2018, twelve months after the unlawful stoppage of his salaries, with Nigerian Bulk Electricity Trading Plc, Dr Marilyn Amobi (MD/CEO), Hon Minister of Power and the Ministry of Power as defendants.

On March 11, 2020, Abdullahi (the claimant) once again walked the path of victory with the court delivering judgement in his favour. According to Hon Justice O. O. Oyewumi, the act of the suspension of the claimant’s salaries from December 2017 till date was wrongful; the denial of the claimant’s 2017 and 2018 leave was wrongful; the 1st and 2nd defendants, contrary to its terms and conditions of service, withheld the claimant’s salary and other emoluments wrongfully. The judge ordered the payment of Abdullahi’s salaries and other allowances, noting, “All sums awarded in the judgement is to be paid within 30days of the judgement, failure upon which it attracts 21% interest thereon per annum.”

While the case lasted in court, the Economic and Financial Crimes Commission (EFCC), Independent Corrupt Practices and Other Related Offences Commission (ICPC), Auditor General of the Federation and the Bureau of Public Procurement all issued reports indicting Dr Amobi while recommending her immediate prosecution. Sadly, some higher powers are preventing this from happening.

Governance problems are commonly found in federal government agencies due to either lack of a Board or total collapse of the governance structure. The Director General of the Bureau of Public Enterprises, Alex Akoh, noted in a letter to the Minister of Finance, Budget and National Planning, Zainab Ahmed, dated January 7, 2020, that “for the past 14 months, no Board meeting of the company (NBET) was held, a situation which has serious consequences on the corporate governance of the company”. Truth is, no Board meeting of NBET has held since August 2018 when Professor Yemi Osinbajo, then Acting President, ratified the reconstitution of the NBET Board of Directors recommended by Kemi Adeosun, the immediate past Minister of Finance.

The governance collapse in NBET has entrusted the fate of about 80 million electricity consumers in Nigeria in the hands of Dr Amobi who sees herself as not only untouchable, but also a sort of “Alfa and Omega.” She formulates and executes policies at will, such as changing the company organogram whenever she sees any staff as standing in her way. The entire senior management has passed a vote of no confidence in Dr Amobi but despite this and other fraudulent activities traceable to her, no action was taken by the government to ameliorate the problem in the power sector and curb the continuous fraud being perpetrated in NBET.

The Minister of Power of Power Engr. Sale Mamman, in December 2019, made a daring move to respond to the situation by suspending Dr. Amobi from office indefinitely. But curiously, he was overruled by President Muhammadu Buhari in less than two weeks and Dr. Amobi was returned to office.

This forced the Minister to fire a letter dated January 8, 2020, to Boss Mustapha, Secretary to the Government of the Federation, detailing investigations by the ICPC, EFCC and the reports of the Auditor General of the Federation which implicated the NBET boss “for breach of due process in the award of contracts and several financial wrongdoings.” In that letter copied to President Buhari, the Minister reminded the SGF of “the additional baggage which the suspended MD carries in the light of the anti-corruption stance of the Federal Government.”

If this government wants to be seen as genuinely fighting corruption, the NBET case is a golden opportunity to faithfully demonstrate that conviction. Dr. Amobi has been indicted for corruption by government anti-corruption agencies. The place for her, therefore, is the courtroom, not a cushioned seat of a government agency.

Meanwhile, before Dr. Amobi's prosecution, government should direct her to obey without delay the judgment of a court of competent jurisdiction in the suit filed by a whistleblower, Sambo Abdullahi, the head of internal audit of NBET.

In addition, government should realize that all whistleblowers deserve full and effective protection from all kinds of retaliation, without which its whistleblowing policy will not succeed as an instrument for reducing corruption in the country.