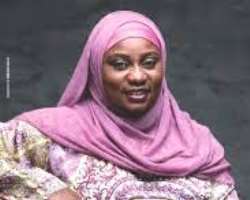 Women generally have overtime proven beyond reasonable doubt that they can hold their own if given the leverage and level playing field to serve in a society where gender is not skewed in favor of men.

In every chosen vocation and walks of human endeavor, be it in the world of arts, business, economy, sports, law, politics, entertainment and the likes, they have proven their mettle of excellence in any assigned task by displaying an uncommon sense of doggedness and valour in service. In all of these, one is therefore not surprised why global recognition have continued to berth the footsteps of women worldwide for their profound abilities, contribution and immense feats.

In Nigeria, a perfect and classical example of such women is Dr. Amina Abubakar Sani Bello, First Lady of Niger State; she is a profound intellectual, academic of no mean standing and a reputable medical practitioner. In truth, she is one of such women who stand out amongst the crowd.

Dr Amina Abubakar Sani Bello is not just a woman of substance, she is amazon who epitomizes true service and commitment in every sense of the world. Being a role model to many young women in society and blessed with traits of uncommon intellect that most people crave to have, her life has been a perfect study, evident in her remarkable scholarly, honour and meritorious service coupled with stellar achievements.

Dr Amina Abubakar Sani Bello is a woman of immeasurable pedigree whose astuteness in medical, academic and administration is breathtaking.

And to cap it all, she is a rare breed among women.

Born in 1973 in Benin City, Edo State, Nigeria. Dr Amina Abubakar Sani Bello studies in Nigeria and the United Kingdom. She attended Federal Government Girls College in Bakori, Katsina State. Having performed creditably well in her school certificate examination, she proceeded to Ahmadu Bello University, Zaria, for her first degree in medicine. After the completion of her study, she did her residency at Ahmadu Bello University Teaching Hospital (ABUTH). Not resting on her oars, Dr. Amina went ahead to bag her master’s degree in Public Health from Liverpool University, UK. Over the years, she has not only shown her class in the practice of public health but has also proved her sagacity in the administrative circle.

She respects every person that comes across her no matter his social status.

As a medical expert, she has attended various national and international conferences to further enhance her medical

exploits.
In the beginning, when she came on board as the First Lady of Niger State, multifaceted challenges stared her in the face, and she looked at most of them as surmountable.

Then she put on her work tools and benched the status quo.

Dr Amina Abubakar Sani Bello left the beaten path of retrogressive and myopic sentiments, and carved fresh and tiled path to the den of love, compassion and selfless service. She came and met a role wandering aimlessly in search of a heroin; she put on the costume, perfected the lines and gave life to that role for the benefit of Niger people.

She hates seeing the pool of human kindness being stagnant, so she throws her pebble of kindness inside, and makes waves of better life out of it, affecting many lives and touching many

heartstrings. The poorest of the poor look up to her and change occurs.

With a winning combination of charm, a sharp intellect and a fantastic knack for pouring smile on smile-drought faces, the Niger State First Lady with her extravagant show of kindness and compassion to the needy, the less privileged and other disadvantaged in the society especially women and children. This is her course work in her chosen school of touching lives, through her pet project, RAISE FOUNDATION.

Through her Foundation she has given succor to 1,029 cervical cancer women who undertook surgeries at her expense, as well as 63 Vesico Vaginal Fistula VVF victims.

RAISE FOUNDATION also empowered over 1,500 women in rural areas. The Foundation also sponsored 1,145 women to be screened for breast cancer in the three senatorial districts of the state. The breakdown of the surgeries shows that 19 VVF surgeries were done in Kontagora General Hospital, 30 in Umaru Sanda Ndayako Hospital, 10 in Minna General Hospital while 4 victims were referred to Katsina Fistula Centre for treatment.

Dr Amina Abubakar Sani Bello’s flare for showing love to the less privileged continued through her RAISE FOUNDATION she renovated a 20-bed ward at Kontagora General Hospital for the treatment of VVF patients.

The Raise Foundation in collaboration with 5 Chucker Polo and Country Club during the breast cancer awareness month in 2015, screened 650 women out of 1,145.

Indeed, with her passion and sheer commitment to the betterment of the society, she deserves more than a footnote in history; she deserves a glittering chapter in the book of posterity.