No Proven Treatment For Cure Of Coronavirus - World Health Organisation (WHO) 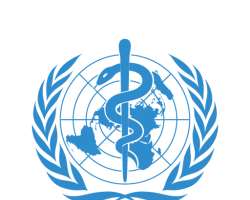 At a virtual news conference in Geneva, Tedros warned against the use of drugs not shown to work against the disease.

His remarks came as the number of deaths soared past 15,000, with more than 341,000 people infected worldwide.

“Using untested medicines without the right evidence could raise false hope and even do more harm than good,” he said.

Among other things, countries are looking at using antimalarial drugs as a treatment against the new coronavirus.

He praised the great energy being put into research and development to find a vaccine and of drugs to treat COVID-19.

He said there were “alarming” reports of large numbers of infections among health workers.

Protecting them from the virus should be a top priority because otherwise “many people will die because the health worker who could have saved their lives is sick,” he said.

Tedros believes the new coronavirus pandemic is “accelerating”, but said it is still possible to change its trajectory by going on the attack.

“The pandemic is accelerating,” he said.

He said it took 67 days from the beginning of the outbreak in China in December for the virus to infect the first 100,000 people worldwide.

It took 67 days from the beginning of the outbreak in China in December for the virus to infect the first 100,000 people worldwide. In comparison, it took 11 days for the second 100,000 cases and just four days for the third 100,000 case.

The number of officially recorded cases is believed to represent only a fraction of the true number of infections, with many countries only testing the most severe cases in need of hospitalisation.

“We are not helpless bystanders. We can change the trajectory of this pandemic,” Tedros said.