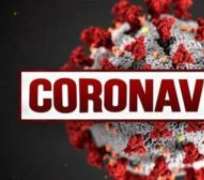 Journalists in Oyo state have expressed worry over the condition of COVID-19 Centers in the state which they said is poorly equipped.

The Oyo State Council of the Nigeria Union of Journalists (NUJ) frowned that the COVID-19 Centers created by the State Government to handle emergencies in the State was not well equipped.

The Secretary of Oyo NUJ, Sola Oladapo in a press statement obtained by The Nigerian Voice on Monday said that despite that Oyo state has a case of Coronavirus, the state government could not equip the center adequately.

The union tasked the state Government to enforce full implementation of Stay-at-home order in schools as students were still seen going to schools on Monday.

The journalists asked the State Governor, Engr. Seyi Makinde to pay attention to public motor parks. The union urged park managers to ensure that sanitizers are administered to those boarding vehicles.

According to NUJ statement, “We learnt a team led by Dr Bashir Bello, the State Commissioner for Health visited the facility but didn’t have access as they had no keys. Another member of our team contacted UCH and found that they were yet to get any funding assistance from state government for this pandemic."

“All they have on ground now at UCH is a 4-bedded isolation centre with an empty chlorine tank, non-functional monitoring device , no water etc yet the Governor said he has directed funds to be made available but evidences on ground suggest otherwise. The Governor must be on top of this as people are fearful when they know everyone is susceptible."