The  Pension fund brouhaha and the endangering corrupt reputation 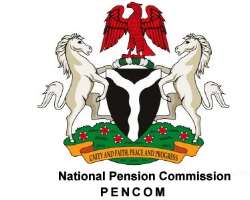 The controversies that has been stemming from the talks of borrowing has been of shock and incoherence. It is quite abradant that a government whose concrete reasoning and slogan was based on 'change' could decide to become a deep-seated beggar. For long I have wondered whether there are certain delusions that make one feel that development is based on knocking at the door of Western countries and banks to ask for bread. And anytime the role-call for development is brought to the front desk of the Nigeria executives, it most times often puts it's hands into things that would often make us to question the precipitious demented nature of our leaders to do such. It is illogical for a group gluttonous political component to make schemes and tactics which they feel would add more money to their purses. Again I do not wish to go against a group or class that has come under huge criticism in recent times, but they have given me no choice for the years which a man has worked to save his benefits would be considered highly with much admiration- the 35 years of a man's savings be used for a nation's infastructural development.

Early this year, the federal government made it known that it would want to borrow N2tr from pension fund to invest in infastructure after that the president of African Development Bank had openly endorsed the idea. It unconvincingly clear that the contributory pension scheme came to be in 2004 which was latter been replaced by the Pension reform Act 2014 which many saw as a laudable improvement by government. The act had established for the country, a contributory pension scheme, privately managed by pension fund administrators (PFA's), third party custody of the pension fund. This fund is based on private individuals retirement savings Accounts (RSA), the principal objective of the scheme is to ensure that every one who worked in the public service of the federation; states and local government, as well as the private sector, who has contributed to the scheme receives he/her retirement benefits as at when due. It acts as a life blood after retirement.

But it's unfortunate that the scheme that is the life-saving of workers which provides a continual flow of money for aged men and women country ever be considered by the government as a means of borrowing from an already handicapped people. And the problem about this issue is that due to demoralizing effect of our leaders, it has made it's workers weak and vulnerable and are constantly left to carry the wrong end of the stick. If they should do so they would leave the burden of there profit in the hands of crass, profilgate and insensitive politicians famous for their careless handling of public funds. The trust of our government is dead seeing how they have debased and drained the national coffers, left the nation fiscally insufficient despite decades of humongous windfalls. Our future is bleak due to the fact that we have forgotten that the ideals of growth and development model is guaranteed by political institution and not necessarily through democracy. Nigeria has become more of a borrower than a developer since it believes that we are unable to develop on our own without being shown how.

Our former president, governors, lawmakers and sundry political office holders sign off huge amount of money as pension for themselves after their four or eight years tenures as the case may be are the same people who cannot put their into infastructure, it is demusing to ask for other to put theirs, it is clear how that the government have been on the trench hold of making the country suffer in a land of opulence, they have destroyed the basic needs of our existence-from destroying public schools, public health system and destroyed our country, they can easily hop into their private Jets and fly abroad while Nigerians remain here and suffer.

Recalling William Shakespeare words in one of his books, Henry IV, which reads:"no remedy against this consumption of the purse; borrowing only lingers and lingers it out, but the disease is incurable". Something catastrophic took place in the mind of our leaders to adjust and become more than a chronic village beggar in this age where countries are looking to build a more sustainable economy to develop their country and attract foreign investors, instead many have left Nigeria, leaving our youths jobless. It is true that the pension fund is about N10trillion under the control of retirement savings account (RSA) been carried along by Nigeria labour congress (NLC) and the Trade union congress (TUC) which they have built with there labour and sweat. I don't want to be like the prophets of old, because no matter the laws signed for this country to become independent financially has been impossible because of their gluttonous nature. This begs the question-why is government still borrowing seeing that had already signed finance bill into law? Are we assured that the money asked for will really go to infastructural development? All the money we have been borrowing were they not on the same grounds of 'infastructural development'? Is the government about to make sure that they put the future of this nation at the edge of a precipice? How do this government intend to be borrowing? What are they law down procedures that this money would not be used to buy more cars for our legislators and executives? In other countries investment in government instruments carries the lower risk, but in Nigeria, the risk element may be on the increase with the present level of corruption. Prof. Godwin Owoh, a former Adviser to the Governor of Central Bank of Nigeria (CBN) in an interview with The Guardian newspaper said: "The government has squandered what we had in the excess crude Account and is now resorting to exercise borrowings, domestically and externally, including over reliance on the CBN for financing outside the core monetary policy matrix. Now with no buffer left the government wants to turn to savings of workers, comprising of public and private sector workers to squander, he added: "Before the present administration, the value of money index (VMI) for Nigeria said that for every N1 spent in the country, the real value is 14 Kobo, but as we speak, the current value has dropped to nine Kobo, meaning the scale of corruption is gri with it's attendant poverty on the majority. The implementation is that the real value of N10tr if deployed would be insignificant that it cannot guarantee returns up to the level of the amount taken". In Dambisa Moyo's Dead Aid, he explained that "among the fifty-four countries around the world; Nigeria was ranked the most corrupt nation, scoring a dismal 0.69 out of 10 on corruption rankings. Despite this corrupt reputation everyone continues to lend".

It is true our leaders are vision less and corrupt and have continued to inflict harm on it's citizens in all aspects of our life, making life unbearable for born, future and unborn generation. It is unbelievable disheartening that such an idea could originate from such people who in their moral and intellectual obligation owe profound necessities and importance to a generation that has cast it's life savings to keep it's life running, rather they cast lots on their already mired robes. Recently the learnership of the Union of pensioners (NUP) are advocating for a new minimum wage for retired civil servants as most of them currently earn N5,000 monthly and even less, is an ugly situation that only government can remove. Having splurged much of our natural wealth through questionable investment and even, in some cases, outright theft, oil-and mineral-rich countries such as Nigeria. Everyday this country e port over 3 million barrels of oil out of it's bowels amounting to over $150 million notwithstanding lack of intelligence intervention that allows over 3 million barrels escape accountability within the shores of Gulf of Guinea. Nigeria gold and diamond and precious stones are sold outside the shores with connivance of elites that partake in the governance and no plausible intelligence to stop it or allow the yield to benefit the entire populace where 100 million live in poverty. Finally one thing that this government must know is that the society which we live in like answers and doesn't want questions. And the government has been displeased by this ever-existing factor in relation with it's citizens. Nigerians know that when money meant to yield Development in our country is given to our leaders, is a dislocated and mal-adjusted society grappling with poor minded souls.