Reminding dictators of their ignorance, hamartia and downfall in Autumn of the Patriarchy 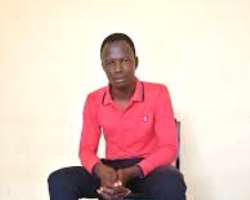 Reviewing Garcia Marquez’s novel, The Autumn of the Patriarch, is replete of the mismanagement of the state and its public affairs. The putative perpetual general is a dictator who lives to petrify and kill his subjects. He joyrides in the people’s everlasting suffering and plights. He rules for self ratification and glory. His totalitarianism has no soul to care, the affairs of the state are to him far from sine qua non. He finds no pleasure in the success and well-being of the nation and the people but himself. Simply put, his helm at the state, depicts a leader awash of ignorance. The general’s own mother decries of his ignorance and regrets for begetting such a child.

The general subjugates the state to juntaism. This proliferates his exercise of bigotry and misandry. His utterances are laws. He orders everything and everybody, and all must genuflect to his voice. In fact, he declares written law as a waste of time and resources.

To the general, women are objects of his senile sexual satisfaction. He rapes them without undressing them and in the open, and at the full glare of other women. He cares not of women’s dignity and women must though reluctantly go down to quench his thirst. Marquez succeeds in painting him as a serial rapist and sex predator. Such is evident when he rapes a mulatto girl collecting eggs in the scaffolding.

The general further, marries a nun, Leticia Nazareno, a consecrated servant of the Apostolic church. This is so through his coercion. Precisely, the general abuses his authority and power to divorce God’s servants from their faithful call into his servitude.

Such sacrilegious act demonstrates that other integral institutions within the state are inconsequential. They do not matter and that they cannot purport to have their own latitude and independence in the state under the watch of the general.

Much still, the general swings into dictating the church to canonize his dead mother. This is prodded by his workers playing a subterfuge on him that his mother, Bendicion Alvarado is posthumously performing miracles in the state.

Moreover, the general is cannibalistic, he is thirsty for both human flesh and blood. His heart chortles in assassinations. This is much apparent in butchering his military officers upon accomplishing his venal-diabolic assignment. He has no faith in anybody, he believes that friends are the worst enemies. He loves democide.

For instance, the general kills the officers after successfully executing his request of drowning 2000 children. Mark that, the general drowns the 2000 children after using them to win the dominoes game! The general remains the perpetual lottery winner through choreographed deceit. Such wicked acts lucidly and conspicuously portray the general’s hamartia. It is as in the murder, cooking and serving Rodrigo De Aquila’s flesh to general and his other officers. Creepy and terrified, the officers flail into celebrating the banquet!

Besides, General’s wife, conjures her husband’s authority to engage in plunder and pillage, as if the state is in civil war. she picks groceries on the market without paying. The complaints by market women fall on her deaf ears.

By and large, the general exercises strict parsimony, and above all, nepotism and patronage. He only employs those that speak his mother tongue-not vernacular. His kleptomaniac spirit and ego see him plunder the economy by hording the state’s resources under his mother’s name. He supervises the dead economy that is only swinging in a huge debt, culminating into America sucking the state’s ocean dry due to general’s nincompoopism.

Deductively, general’s leadership culminates into ecocide insomuch that it amounts to economic downturn. The state blatantly and expediently metamorphoses to a failed economy. Both the general and his wife demonstrate insolence, bravado, condescension and no- understanding - of public -affairs -thus standing out to be the only economic saboteurs in the state. Their homo homini lupus spirit cannot afford them the latitude to worry of the country and its inhabitants.

Such heinous and ruthless deeds, invoke the hoi polloi’s unity to restore sanity in the state. Entrepreneurs hire special dogs that attack and kill general’s wife and their only child on the market. This is followed by the rampant attempts to murder the general; his doppelganger saves him in a number of times but eventually dies. The death of the doppelganger puts general’s life at stake to the joy of the masses.

The invasion and presence of vultures in the palace, whoop and sweep the state with happiness. That the vultures ‘pecking of the general’s body awakes the nation from the lethargy of many centuries. This is even so, as general’s mother’s wishes God to overthrow her son who is incapable of leading the state. She regret’s for having not educated his son and that even the aura of his conception and birth is a bad omen to both the state and the general. Indeed, Marquez concludes his book by masses having victory upon the general that had lived many and many years to the ruins of the state and its economy.

Reading this novel reveals above all the dictatorial-phobia that such leaders experience in perpetuum; right from folk’s unity, aging, decrepitude and ultimately, death. Marquez pontificates that however long one wants to hold onto power, death will one time consume such a soul, for the joy of the masses.

The book painstakingly and rudimentarily demonstrates that the struggle for social justice is a pursuit that never dies despite the risks involved inter alia exterminations and assassinations. Interestingly, the general wishes his age to be reversed by ordering clock reversal! Unfortunate to him, as, epigenetic modification cannot procrastinate death at its knock.