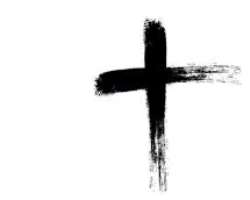 Nigerian Catholics will wear black attires on Ash Wednesday as a sign of mourning and solidarity with the victims of kidnapping and other violent crimes in the country.

A statement of the Catholics Bishops’ Conference of Nigeria (CBCN), read at masses across Catholic churches yesterday Sunday, said the church is aware of its moral responsibility. It called on the government to live up to its responsibility of protecting Nigerians.

“As a mark of mourning for all our brothers and sisters who have been victims of the most recent wave of violence against Christians, we are all dressed in black today and offer our prayers and penance for their repose,” read the statement.

It was signed by Augustine Akubeze and Camillus Umoh, president and secretary of CBCN respectively.

“We invite the universal church and all Christians to join us in prayers for our dead brothers and sisters and for peace and security in Nigeria,” the statement continued.

“We equally appeal to the international community to come to the aid of the Nigerian government in the fight against these daredevil terrorists, who want to destabilise our country.

“The consequences, should they succeed, will be grave not only for the West African sub-region but also for Africa as a whole.”

The directive to Catholics is coming weeks after the Christian Association of Nigeria held ‘prayer protests‘ across Nigeria to call the government’s attention to the rising spate of killings in the country.

At least, 199 deaths were caused by insurgent groups, herdsmen, and others in January 2020, according to a research by Lagos-based Civic Media Laboratory.

Twenty-four persons were kidnapped by bandits in the same period, including four Catholic seminarians in Kaduna. One of the seminarians was later killed by the abductors.

“The repeated barbaric executions of Christians by the Boko Haram insurgents and the incessant cases of kidnapping for ransom linked to the same group and other terrorists have traumatised many citizens,” the Catholic Bishops’ statement continued.

“That the perpetrators of these heinous crimes make public shows off them on social media and Nigerians do not hear of any arrests or prosecution of the criminals raises very serious questions about the ability and willingness of the government to protect the lives of ordinary Nigerians.” (Agency report)