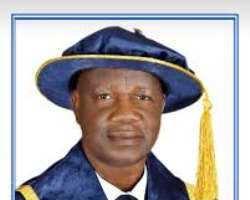 The Chairman, Board of Trustees of Annahda International Islamic Organisation, Sheikh (Dr) Ibrahim Saleh Alhussain, CON, has conferred an Award of Excellence to the Vice Chancellor University of Maiduguri, 3 commissioners and other scholars within the North-East region today, 23rd February, 2020 at the El-Kanemi Hall of University of Maiduguri.

Speaking at the event, the Secretary General of Annahda Islamic International Organisation, Professor Jidda Hassan said the organisation has interest in community-based educational development, stressing that for the last four decades it established and founded many educational institutions.

Professor Jidda added that the organisation vested interest in educational achievements in the last few years and introduced Merit Awards and certificates to be given to those who excelled or distinguished themselves in academics, education services and human development.

In his closing remarks, the Chairman of Borno State Civil Servants, Dr. Bulama Mali Gubio, expressed his gratitude to the organisation for their community service and urged the award recipients to put more efforts in their pursuits.

Dr. Mali Gubio also called on the people of Borno State to intensify prayers and fasting over the lingering Boko Haram insurgency.

Highlights of the event were the conferment of awards and paper presentation by Kadi Abubakar Hassan on the "Significance of Knowledge and the Role of Sheikh (Dr) Sheriff Ibrahim Saleh, CON in serving the Muslim Nation".

Meanwhile, the Vice-Chancellor University of Maiduguri, Professor Aliyu Shugaba who was represented by Professor Mohammed Madawaki responded on behalf of the award recipients and expressed his appreciations over the honour and promised that the University will support the organisation in any way possible for the educational development in the country.