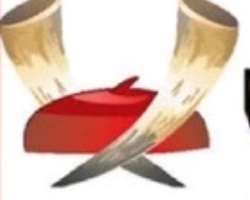 Ohanaeze and the Movement for the Actualisation of Sovereign State of Biafra (MASSOB) also warned the Federal Government that creating an agency for ex-terrorists as proposed by some lawmakers is an attempt to disintegrate Nigeria.

The groups said incentivising terrorists through an agency would mean an approval of the killings, maiming and kidnapping of Nigerians by the group.

Ohanaeze Ndigbo, which accused the Federal Government of promoting ‘divisive tendencies” by its body language to insecurity caused by Boko Haram insurgents, insisted that granting amnesty to the group would encourage other self-determination groups to become armed.

The President-General of Ohanaeze Ndigbo, Chief Nnia Nwodo, said the group does not believe that the captured Boko Haram members truly repented, and he added that certain forces beyond such members might have forced them into submission.

Nwodo said, “The president continues to confirm that he shares some ideological affinity with Boko Haram. How can you offer amnesty to captured aggressors whose remorse is induced by hopelessness rather than genuine change of mind?

“How can you categorise armless IPOB as terrorists and give amnesty to unrepentant aggressors? This duplicity of standards and undisguised bias betray his oath of office and deepens our divide in the country.

“If Boko Haram is granted amnesty, other self-determination groups are being indirectly encouraged to become armed and militant.”

“When somebody truly repents of his actions and you are giving amnesty to him or her, it is acceptable. It is not acceptable when somebody continues to inflict pains on the people and commits all kinds of evil against the society and you want amnesty granted to such a person.

“Again when somebody is motivated to take an action against the state or the people, there is something that you can say is making the person to take up arms against the state and you will begin to talk of doing something to assuage his anger. In this case, nobody has told us why they took up arms. They set homes and communities on fire without justification and have made millions of widows in the society as well as made several people live in asylum,” he said.

MASSOB leader, Uchenna Madu, also said that the ploys by the Federal Government to treat the Fulanis, Boko Haram members and the criminal bandits operating in core northern states as “beloved children of Arewa must lead to break up Nigeria.”

He said: “The move to introduce the bill for the establishment of a national agency for repentant Boko Haram terrorists by Moslem-dominated Senate of Nigeria is another grand plot of Islamic northern caliphate to transfer more Boko Haram trained terrorists with their terrorist activities to southern part of Nigeria.”

Meanwhile, the Niger Delta Self-Determination Movement (NDSDM) has called on governors of the South-South region to immediately set up a regional security network that could aid the “overstretched” established security agencies in combating insecurity across the Niger Delta region.

In a letter addressed to the chairman, South-South Governors’ forum, Dr Ifeanyi Okowa, NDSDM said a regional security network had become imperative considering attacks on the Niger Delta by herdsmen.