Odumeje and the native doctors (3) 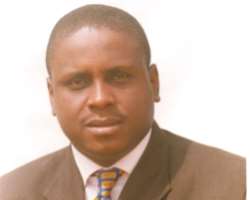 One thing that interests me about this challenge between these pastors and the native doctors is that both sides are making references to the fire of God. The men of God, as usual threatens to call the fire to destroy the idols, shrines, mammy water and the demons working with the dibias. And the witch doctors boasted that that cannot happen, that the pastors do not have such powers. Now, I am happy that they all acknowledged that the fire exists and can be used by God to demonstrate his power. Great! But do we really appreciate the seriousness of such manifestation and its significance to the war between the two kingdoms?

I take it for granted that you already know that these guys are referring to the Prophet Elijah’s exploits for God. He was the person that called fire to destroy two bands of soldiers sent by the king of Israel to arrest him. You remember? He intercepted the messengers sent by king Ahaziah to inquire from the witches if he would recover from his sickness. Elijah told them to go back and tell the king that he would surely die because he ignored the God of Israel; the true God and healer. Yes, when you leave your God to flirt with idols and native doctors you will be destroyed. You will die shamefully. Our God is jealous. He cannot tolerate you worshipping idols, mammy water, demons, gods and goddesses, etc. There is only one God and he is the creator – Jehovah. So the king got angry and sent soldiers to arrest the man of God. But Elijah called fire to destroy the two bands and their captains. Yes, our God answers by fire. Please, read more of this powerful spiritual weapon and many others from my powerful book Power of Midnight Prayer. It’s a bomb!

Then he also prayed fire down at Mount Carmel, to show who was really serving the true God between him and the idolatrous priests of Baal. You know how those witch doctors and their patrons King Ahab and his demonic wife Jezebel lured Israel away from God, built shrines and altars for the idols, killed the prophets of God and even instituted national festivals for the idols. Theirs was the most idolatrous, adulterous and murderous regime in the history of Israel. But at Carmel God showed up and proved himself. After Elijah prayed fire immediately flash down and consumed the sacrifice. I know God is coming to prove himself in your life. He is coming to prove himself in our nation and to these agents of Satan that are still luring people to worship and sacrifice to these demons in the water, on the mountains and in the forests. He is coming! Some strange things are about to happen in our country - things that will baffle everybody. God is about proving himself. Fire of judgement, deliverance and revival is coming. There is a divine surprise on the way. Note this and also get ready!

Like these native doctors, the priests of Baal shouted, danced, wailed cutting themselves with knifes and yet their gods did not show up. I love the way Elijah mocked them as they were making shows calling on their gods to answer them. Just listen: “About noontime Elijah began mocking them. ‘You’ll have to shout louder,’ he scoffed, ‘for surely he is a god! Perhaps he is daydreaming, or is relieving himself. Or maybe he is away on a trip, or is asleep and needs to be wakened!’ So they shouted louder, and following their normal custom, they cut themselves with knives and swords until the blood gushed out. They raved all afternoon until the time of the evening sacrifice, but still there was no sound, no reply, no response.” 1 Kings 18: 27-29. Did you hear that? Their gods ran away because the God of gods was about manifesting! Who is that god, mammy water that will talk when Jehovah wants to prove himself? Who? Can a creature challenge the creator? Yes, the gods and idols of these native doctors can sleep and travel, but our God, the God of Israel, the God of Abraham, Isaac and Jacob, the Lion of the tribe of Judah neither sleeps nor slumbers. He is ever present with his people and his eye goes to and fro; watching over the whole universe.

As those prophets of Baal, these native doctors are also making a very big mistake. They are not just challenging Pastor Odumeje and co, but God. I don’t care what opinion people hold about him, my interest is that he challenged them in the name of Jesus Christ. So God is not coming now to defend the pastor, but his own name and integrity. Now these witch doctors must repent today and ask God for forgiveness, throw away their idols and charms and serve the only living God through his son Jesus Christ. If not God has already started working against them. It is not about Odumeje, but about cleansing our land from idols, demons, marine spirits and their agents. And this must happen before we start receiving our blessings and freedom. Remember that after the fire, those satanic witches were removed and the rain and revival returned to Israel after many years of drought. We will continue next week, God bless!