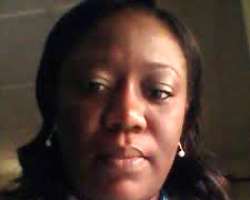 The mystery surrounding the cruel murder of Ms. Laetitia Naankang Dagan is begining to unfold as the police is said to have cracked a useful lead.

According to sources, the police were able to make the arrests after her assassins forgot one of their phones in her apartment, after raping her and gruesomely murdering her.

“They left with Laetitia’s phones and left one of their own”, said an Aso Rock source, in the know of police investigation.

The Police had used the abandoned phone to trace the suspects.

Ms. Laetitia, 47 years old, was living as a spinster in an apartment in Lokogoma in Abuja. According to sources, she had reported some bad guys dealing in drugs near her home to the police, leading to a police raid of the area

It was believed that a blackleg in the police may have told the drug boys that Laetitia snitched on them.

Our source dismissed speculations that her death was connected with the leak of a December 9, 2019 memo sent to Abba Kyari, the chief of staff to President Muhammadu Buhari by the National Security Adviser, Major General Babagana Monguno.

“She was working in the Pension Department outside the Villa. There was no way, she would have come in contact with a memo from Monguno to Abba Kyari”, the source said.