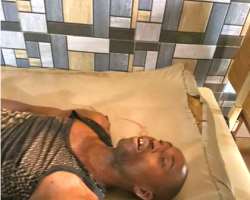 A staff of the Benin Electricity Distribution Company (BEDC), has been reportedly electrocuted to death while on official duty at Ezukwu Ibusa, Oshimili north local government area of Delta state.

Trouble started Tuesday when the unidentified staff was on the high tension cable where he climbed to disconnect power supply was restored to the area.

It was learnt that the officer died on the spot before he was rushed to the hospital for medical attention.

An activist Victor Ojei, of the Young Nigerian Rights Organization, in a post on Wongtv box Facebook page, blamed the death of the staff on lack of communication by BEDC staff in the office and those on the field.

Ojei said: "Electric just killed him while on duty in EZUKWU Ibusa as light was restored.

"This goes to prove incompetence of BEDC, how will the officials of BEDC not be communicating while on field duties?

"This is arrogance and negligence on duty by BEDC officials", the activist who is the Convener of BEDC Must Go, movement added.