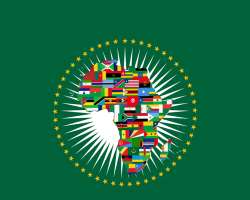 Voters across the continent will be heading to the ballot box this coming year to choose their leaders in presidential, parliamentary and local elections starting with the Comoros in January and ending with Ghana in December.

Comorians will be electing a new 33-member national assembly following presidential elections in 2019 while Ghanaians will select their parliamentarians and president on 7 December.

In Chad and Mauritius, electoral commissions have yet to decide on exact dates, but absent unexpected delays, the polls should go ahead as legally mandated. In Seychelles, the electoral body will decide in August when the presidential election will be held later in the year.

Overall, the polls are expected to be peaceful and free. Yet, for different reasons, some countries like Burkina Faso, Côte d’Ivoire, Ethiopia, Guinea, Mali and Somalia are ones to watch.

In Ethiopia, elections of members of the House of People’s Representatives and of regional State Councils will be held in a new political environment ushered in by the youthful Prime Minister Abiy Ahmed’s reforms. Having won the 2019 Nobel Peace Prize for ending a two-decade conflict with neighbouring Eritrea, observers will be eager to learn to what extent Mr Abiy’s changes are taking hold and how much domestic support he has earned since the award was announced.

Polls in Somalia will be the first in 50 years. Voters will elect the president and their representatives through direct ballots - the last universal suffrage polls having been held in 1969. Previous presidential elections held in 2009, 2012 and 2017 involved a system of thousands of clan delegates voting for parliamentary representatives, who in turn elected the president. Election preparations are currently underway, including the drafting of electoral laws, though security remains a concern throughout the country.

Togolese will go to the polls in April to cast their ballots for president with the possibility of a run-off should no candidate garner more than 50% of the votes. The polls will be the first to be held since presidential term limits were restored in 2019.

Since Ghana’s transition to multi-party democracy in 1992 elections have generally been peaceful, and their results generally considered fair. This trend is expected to continue, amid the government’s recent claims to have nipped in the bud attempts at a coup by a group of civilians, and former and current military personnel.

In Burkina Faso, Burundi and Tanzania, voters will be called to choose their presidents first, then their national assemblymen and women later in the year. Burundians will elect a new president, as the incumbent is retiring.

In Burkina Faso and Mali, recurring violence in some areas, some of it deadly, is likely to affect the polls. Over the last few months, terrorist activity has increasingly targeted civilians and security forces, including peacekeepers in Mali. Given the circumstances organising nationwide elections will be a challenge.

In Côte d’Ivoire things are not straightforward either. The country has remained stable since the hotly contested 2010 presidential poll that helped mark the end of a decade of armed conflict. Now Ivoirians look towards October polls, but the political coalition has progressively frayed, and old political fault lines have resurfaced.

Guineans are scheduled to choose a new assembly and president come October too. Parliamentary elections were postponed earlier this year given political tensions over plans to call a referendum on lifting constitutional term limits. Large demonstrations against the plan have been witnessed across the country, including in the capital Conakry. The heightening tension is likely to affect the upcoming polls.