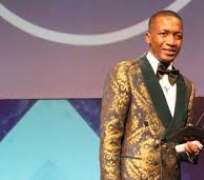 Angel, who is a ‘spiritual son’ of Pastor Chris Oyakhilome of Christ Embassy, is a known proponent of ‘miracle money’ – a bizarre practice in which God allegedly causes money to appear for a selective few or, in some cases, even ‘rain down’ from the Heavens.

“I decree and declare miracle money in Sri Lanka, in the name of Jesus,” Angel smugly pronounces in the clip. “Cash shall appear in your wallets and money in your bank accounts!”

Thereafter, several individuals from within the congregation ‘testified’ that the balance in their bank accounts suddenly increased or money ‘appeared’ in their pockets or wallets.

However, attendees at the event were far from convinced by the gimmick.

“It was clearly arranged,” wrote Mr Gabadamudalige on Facebook. “They had collected the details of some people’s bank accounts before the meeting and simply sent them some small amounts of cash at that moment,” he reasoned.

“After the whole charade, they collected an ‘offering’ and earned back hundred times the little they dispersed. It’s nothing more than a scam using Jesus’ name.”

Although it has all the hallmarks of fraud, people are still drawn to the promise of instant financial enrichment and Angel’s meetings in the Asian island were attended by thousands.

The UK-based ‘prophet’ was once queried by the Zimbabwean Central Bank Governor when he claimed to produce miracle money in the impoverished country.

This, coupled with a court case in which he was accused of fraud, led Angel to vow to never return to his country of origin.