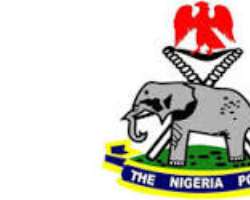 The Police Command in the Federal Capital Territory (FCT), on Monday, rescued four kidnapped victims from a notorious kidnappers’ den located at Sauni Hills, Lambata, along the boundary between FCT and Niger State.

The command’s Police Public Relations Officer, DSP Anjuguri Manzah in a statement said the victims were rescued following a special operation launched by the command.

He said the victims were rescued after police operatives had dislodged the criminals from their hideout located in a remote mountainous area.

Manzah said the operation was sequel to a distress call received at Gwagwalda police Division that two persons, a male and a female were kidnapped from their home by some heavily armed persons on Feb. 8.

“The operation forced the heavily armed kidnappers, who engaged the police rescue team in a fierce exchange of gunfire, to abandon their victims at the mountainous terrain used as their hideout before escaping,” he said.

He said two of the rescued victims, Alhaji Umaru Salihu and Mariam Umaru were kidnapped from their home in Pagada village on Feb. 8.

Manzah said the two other victims Zilkifilu Usman and Usman Shuaibu told the police that they were kidnapped from Niger state on Feb. 2 while on transit.

He commended the vigilantes operating along the axis, who in the spirit of community policing, supported the police during the operation.