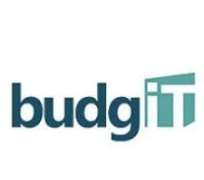 BudgIT calls on the National Assembly to amend the constitution to support fiscal transparency and institutionalize it across the 36 states in the country. Whereas the federal government is bound by the Fiscal Responsibility Act, the states are left to the discretion and mood of the sitting governors.

In the last 3 years, only 15 states have consistently published their budgets on their web platforms as at when due, with other fiscal documents released scantily. All public finance information should be in the public space to keep citizens informed and empowered to hold public officials accountable and raise the standard of transparency and citizens participation in budget development and implementation process.

Our idea is that an amendment in the constitution should mandate the states to publish their comprehensive budgets within three months of the fiscal year; budget implementation reports, 30 days at the end of each quarter; audited statements six months at the end of fiscal year; all payments above N10m on states’ open treasury platform just as federal government has taken a lead. This would go a long way in entrenching transparency and accountability at the subnational level, thereby promoting development and citizens wellbeing.

According to Gabriel Okeowo - BudgIT’s Principal Lead, “the recent zeal of states in releasing their budget and other fiscal information to the public is largely because of the World Bank’s States Fiscal Transparency and Accountability and Sustainability Programme (SFTAS), which provides incentives up to $21m for states that meet a certain transparency threshold. The $750m programme which runs from 2019 to 2023 would only be sustained post-2023 if we leverage on it to institutionalize fiscal transparency at the subnational level through a constitutional amendment.”

BudgIT is glad to work with the National Assembly and the Executive on this proposition for constitution amendment as we push for a fiscal transparent economy in Nigeria which will help push Nigerian states up in the global Open Budget Index Ranking and Open Government Partnership and ultimately contribute to the change mantra of the current administration.