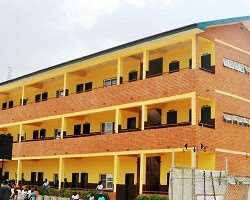 That the quality of public education in the country is declining is an understatement. The education sector is faced with myriad of challenges such as inadequate budgetary allocation, dearth of infrastructure, teachers’ lack of competency to teach pupils born in the 21st century, declining reading culture of the pupils and abandonment of parental role and many more.

Many parents have had to contend with enrolling their children in private schools operating in unconducive environment with poorly qualified teachers. For the schools with suitable standard, parents pay exorbitant bills.

For this, governments at all levels have embarked on series of projects over the years to reverse the trend and attract more children to public schools.

In Lagos, the key component of the Sanwo-Olu administration’s education blueprint is to deploy technology to fundamentally transform the basic education template, thereby improving the outcome of teaching and learning.

The administration is irrevocably committed to give utmost attention to the education sector, particularly the Public School System where much still needed to be done to improve the learning and teaching environment.

As many might have known, the education sector was allocated the highest percentage in the State current budget. This prioritization is in tandem with the T.H.E.M.E.S agenda in which education represents a key pillar. It is also in realization of the key role education plays in the 21st Century world.

It was against this backdrop that the state government launched the initiative: ‘Excellence in Child Education and Learning’ (EKOEXCEL), on January 25, as one among other interventions to chart a way forward for the Lagos public schools.

The launch followed a two-week intensive training of over 4,000 teachers from various schools and education districts across the state who will be the main drivers of the new initiative to reposition service delivery in public primary schools with special focus on learning outcomes for pupils.

EKOEXCEL is an education reform initiative of the Sanwo-Olu’s administration that is successfully developing more highly skilled teachers; by training, supporting and motivating existing government teachers, to succeed in their respective classrooms.

As part of the programme, over 14,000 Head Teachers and teachers will be moved from analogue to digital mode of teaching, using tablets and updated curriculum. Over 3,000 primary school teachers from 300 public primary schools have also been captured under the pilot scheme.

Among other benefits, the EKOEXCEL Programme is expected to empower teachers deliver at the same level as their counterparts around the world and also provide strong continuous support that will encourage improvement in teachers and pupils. Also, Lagos children can accelerate reading and literacy skills to compete with their peers globally. In same vein, Lagos teachers will become more professional and technologically savvy in their work.

It will also enable teachers become more skillful in helping children learn in a positive environment and equally increase pupils’ enrolment across the state. It also has the potential of increasing participation and enthusiasm among teachers and pupils. Similarly, Head Teachers will be more efficient in their work, using technology to support teachers while SUBEB and other governing bodies will have adequate data to carry out necessary academic adjustments and infrastructural development across schools.

By and large, EKOEXCEL is a multifaceted, multi-dimensional approach to teaching and learning in our schools. It will make the teachers more efficient as they will not only teach with Android devices, but will also exhibit other classroom management skills they have learnt.

One is , therefore, convinced that the state government’s strategic designing and funding of the EKOEXCEL initiative, a transformational plan aimed at supporting teachers to achieve better learning outcomes in the classroom through training, supporting and motivating of our teachers, is a worthwhile scheme.

Without a doubt, the EKOEXCEL initiative will provide Lagos public primary schools with the technology based up skills, scientific- proven pedagogical approaches and a complete 360 degree support system that will beacon across educational strides.

It is cheering to note that the state government is advancing rapidly with its reform of the primary education sub-sector. The expectation is that the outcome will propel the State to another level- a level that will eventually accelerate the Greater Lagos vision.

It is, however, important that parents play their role very well in ensuring their wards regularly carry out assigned tasks. As the home is the first learning ground for all children, it is imperative for parents and guardians to wake up to the responsibility of carrying out effective oversight functions over their wards and complement the efforts of the teachers by ensuring regular and prompt attendance of their children in school, adequate supervision of homework and to be supportive of all school activities.

Responsibility for laying a solid foundation and charting a way forward is a collective task. Budgetary allocation and actual investment in the sector will only yield desire fruits when every facet of the society plays its role effectively.

From all it has done so far, the Lagos State government is, no doubt, poised to transform the face of public education in the state. It can be recalled that the state government had recently completed the process of massive rehabilitation and renovation of 300 public schools which is the first phase under the public schools’ transformation programme, while the pilot exercise of the school feeding programme tagged “Snack for Thoughts” for pupils in primary 4 – 6 within Lagos Island Local Government was equally recently completed.

All of these and many more initiatives, being implemented will, no doubt, result in significant transformation of the education sector and better future for Lagos State and the country as a whole.

Musbau is of the Public Affairs Unit, Ministry of Works and Infrastructure, Alausa, Ikeja