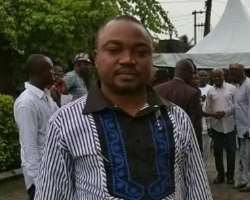 A political pressure group, the Niger Delta Youth Coalition ( NDYC ) has called on youths and politicians in Northern Nigeria to support the Southern Nigeria to produce a President in 2023.

He also called on the National Assembly to enthrench Zoning of the Presidency in the nation's constitution.

Ogba who noted that by amending the constitution to accommodate zoning the crisis and desperation that characterise Presidential elections in the country would be drastically reduced.

According to Ogba, some political parties like the Peoples Democratic Party (PDP) have had zoning in it's gentleman agreement, and with it, it was able to reduce the accrimony and crisis that affect the election of Nigerian President.

He appealed to members of the party, particularly those from the north not to allow the zoning idea to die but rather to continue with zoning no matter the selfish interest of some members.

Reacting to a recent interview by Prof Ango Abdulahi that former President Goodluck Jonathan disparaged the zoning, Ogba said such argument should not be used to trauncate the zoning formula.

" After the administration of former President Olusegun Obasanjo, NDYC was in the forefront of those who advocated for a power shift to the north which was eventually actualised.

" In 2023 when President Muhammadu Buhari would be serving out his second term of eight years, and political gladiators have began their pamutations, we feel that the right thing is to call on particularly youths from the north and influential politicians to support the South produce the next President of Nigeria", he said.

He said that if the South is supported to produce the next President, zoning would be made to stay.

Ogba urged both the upper and lower Chambers of the National Assembly to amend Nigerian constitution to accommodate zoning , stressing that such step would would make subsequent Presidential elections less expensive and devoid of the usual accrimony and crisis that go with it.