Your Excellency! If I were in your shoes 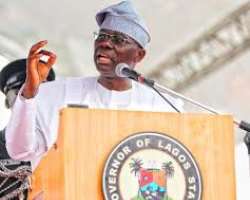 Unarguably, administration is a continuous string, which explains the obvious reason why every successor has got a predecessor. As a student of Public Administration, I am not naive of the intricate steps of policy formulation. To start with, consultations with the targets or stakeholders of the policy might not have been duly observed, or at worst, might have been hailed too ambitious to see light of the day. We harbour no doubt that your administration has only implemented or activated a law that has been pipelined. If I were in your shoes, I would give attention to the timing. Of the twelve months in the year, January seems to be a bit itching financially, especially, for many struggling and outstretched Lagosians, who could barely weigh more than two dollars per day. In the first month of the year, culturally and normally, pens are corked to emit promising and lovely aspirations and visions for the year. The new year's resolution, you guess. Barely thirty days into 2020, resolutions had been nefariously punctured and aspirations totally axed and hacked down. The Okada riders, like their Marwa counterparts, had their dreams, visions and lofty goals for the year. Sadly, in a twinkling of an eye, everything fell apart. To effect a ban on the first day of February is what I won't do, if I were in your shoes. With such a timing, there was almost no possibility of the victims recompassing their destinies or wading off tragic fate. While the policy is well - intentioned, the timing seems faulty. Permit me to illustrate, your Excellency, no rational man jubilates when his wife offloads the content in her stomach at the seventh month or earlier. Though, the news of a new boy is delightful, memorable and remarkable, but in the light of a premature, it is saddening. The activation of the law is not altogether misleading, directionless,nauseating and rebarbative but its arrival appears premature and poorly timed.

Your Excellency! The release of 65 more buses on roads along major routes to deaden the effect of the bus scarcity is meritorious, however, if I were in your shoes, a working and workable alternative form of conveying commuters would have preceded the February 1st announcement. It is no wonder, this step in forward- marching Lagos has been viewed as a cart before the horse experience. For example, there are places in Lagos where only motorcycles can ply, Lagos-Badagry road fits this illustration. This road is notorious for unyielding and unrelenting traffic, especially, in rainy season. The ban predated the provision of the palliative measures. This again, is worrisome. Lagosians, in their teeming number, would not have become pitiful trekkers, if only the alternative form had manifested. Horse riding on the major roads is defeating and demeaning; disturbing and disheartening. While you have encouraged Lagosians to embrace the temporary discomfort, we wish to articulate that any form of discomfort is a pain and every pain comes with its own memory. Hope Lagosians can scratch this off their memories? By 2023, history would show if Lagos was left better or worse.