Insecurity In Nigeria: When Not To Play The Tribal Card 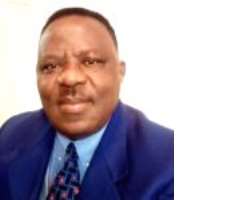 The spate of insecurity bedeviling Nigeria has continued unabated because of stark hypocrisy within the political class. Consider, for instance, the recent speech by Enyinnaya Abaribe, the minority leader of the Senate, calling on President Muhammadu Buhari to resign for failing to secure the lives and properties of the Nigerian people. Perhaps such outburst is in order. The political responsibility of a good opposition leader is to constantly alert the public of the failures of government. However, instead of tendering a rational response, the Buhari presidency chose to muddle the matter with tribal inuendoes.

The most rational response, of course, could have been to explain the specific measures being undertaken by the government to address the problem of insecurity and the readiness to embrace alternative ideas. Or, Buhari could have maintained a level of political equipoise by countering with the cliché that the problem did not begin with the current ruling All Progressives Congress (APC). And nothing stopped the president from being more direct by reminding that Abaribe might have been awol all along in the 7th Senate when his People’s Democratic Party (PDP) embezzled a whopping $2.1 billion meant for the procurement of arms to fight Boko Haram at a time the insurgency was still at its infancy.

Buhari did none of that. The presidency chose to evoke Biafra, clinging on Buhari’s long-standing emotional myopia which assumes that any protest against injustice somehow poses more danger than Boko Haram and Fulani Herdsmen terrorism put together. Yes, Senator Abaribe helped to bail Nnamdi Kanu, the leader of Indigenous Peoples of Biafra (IPOB). It is also true that Kanu later jumped the bail. But none of these instances makes Enyinnaya Abaribe a criminal nor has anything to do with the rising insecurity in the country. Invoking Biafra was basically a tribal dog whistle to diffuse and trivialize Abaribe’s timely attention on security as the typical Igbo palaver.

But such pattern is far from novel. Buhari merely took a page from the national leader of the ruling APC, Bola Tinubu. Recall the “Where are the cows” baloney after some Fulani herdsmen were fingered in the killing of Funke Olakunrin, the daughter of Pa Reuben Fasoranti, the leader of Afenifere. Instead of liaising with the South-West governors to proffer practical solutions, Tinubu quickly switched to his toady toga and thereafter attempted to absolve the herdsmen of culpability by insinuating that such heinous acts are a second nature to the Igbo.

The hypocrisy becomes more manifest when considered that Buhari himself had in 2013 demanded his predecessor, President Goodluck Jonathan, to “vacate and give way to competent hand to govern the country.” That was the period many of us in the then opposition camp had united to charge Jonathan of cluelessness in the fight against Boko Haram. But Buhari did not stop there. He went further to inject a tribal vibe in his diatribe. Hear him: “When the Niger Delta militants started their activities in the South-South, they were invited by the late President Umaru Yar’Adua. An aircraft was sent to them and their leaders met with the late president in Aso Rock and discussed issues. They were given money and a training scheme was introduced for their members. But when the Boko Haram emerged in the north, members of the sect were killed.”

No doubt, President Yar’Adua’s legacy on justice and national security, including insurgency, is worthy of emulation. But it is equally clear that Buhari is doing just the opposite. For example, whereas Yar’Adua adopted dialogue to contain the Niger Delta militancy and other Biafran activities of his time, Buhari has continued to use brute force on IPOB, while at the same time pacifying the Fulani herdsmen that have been terrorizing the country with AK-47. Moreover, not only has he rubbished most of the equitable policies adopted under Yar’Adua, Buhari appears to view governance, including security of human life, purely from a tribal or religious lens.

The dimension of insecurity in Nigeria has become an existential threat and no longer knows tribe or region. President Muhammadu Buhari must not always wait for a rebuke from the international community before doing the right thing in the homeland. Common sense demands an urgent rejig of Nigeria’s security apparatus to reflect competence, capacity, and diversity. Needless to mention the need for tolerance to divergent opinions, no matter how inconvenient. The temple of knowledge is not the sole province of one individual, group or tribe; just as every Nigerian life matters.