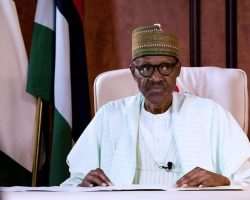 Committee to work with US govt, interpol
President Muhammadu Buhari has constituted a committee to study the reason why the United States banned Nigerians from its immigration visa.

The committee, which is chaired by the Minister of Interior, Ra'uf Aregbesola, will work with the US Government, INTERPOL and other stakeholders to ensure all updates are properly implemented.

The President further charged the committee to look at the real reason President Donald Trump banned Nigerians from US immigration visa.

He reiterated the commitment of Nigeria towards maintaining productive relations with the United States and its international allies, especially on matters of global security.

The News Agency of Nigeria reports that the United States Department of Homeland Security on January 31 announced temporary travel restrictions on six countries, including Nigeria.

For Nigeria, the restriction is the suspension of the issuance of “immigrant visas” to Nigerian passport holders only.

This suspension shall come into effect on February 21.

The suspension does not apply to other US visas such as official, business, tourism and student travel.

According to the DHS, the suspension of “immigrant visas” became necessary following a review and update of the methodology adopted by the US Government to assess compliance of certain security criteria by foreign governments.

It stated that this resulted in certain enhancements on how information is shared between Nigeria and the US.