We have not moved to APC - Imo PDP Lawmakers 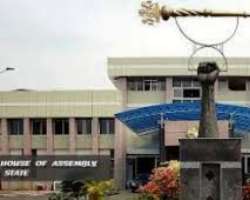 Peoples Democratic Party (PDP) House of Assembly Members in Imo State has today 2nd of February, 2020 debunked speculations that they had defected to the ruling All Progressives Congress (APC).

Recall that the Imo Speaker, Dr Chiji Collins in a publication yesterday, Saturday, claimed that 26 legislators have decamped to the APC.

He said that "of the 27 lawmakers, in the state, only the immediate past Deputy Speaker, Hon. Okey Onyekanma of the PDP was remaining in the party."

In the release by the PDP Lawmakers, they described the claims as false, stating that it was a figment of imagination of the Speaker.

"We were originally 13 elected members of the house of Imo PDP, later APGA and AA members defected but no single originally elected APC member. Six of us that are remaining, refused inducements to defect and remain steadfast.

"We are appalled by the claims of the Speaker who ought to know better in making claims that are misleading to our members and constituents.

"Those who voted for us did so in our constituencies beyond party lines and we will continue to give them the representation they deserve.

"We urge the Honourable speaker to in the spirit of honor, give accurate representation of those who joined APC.

"We will not be bullied or lured by any means whatsoever to join a party not approved by our constituents," they said.

The lawmakers however, reassured members of the party in the state, and urged them to remain loyal and calm pending the unfolding of issues and challenges currently being faced by it's leaders and most especially the immediate past governor, Chief Emeka Ihedioha who was removed by the ruling of the Supreme Court.