Enugu govt. approves over N2. 5b for construction of critical infrastructure 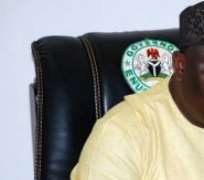 Enugu State Government has approved the execution of development projects worth over N2.5 billion.

The projects include roads, houses, and generators State Executive Council.

The state’s Commissioner for Information, Nnanyelugo Chidi Aroh, this after the State Executive Council meeting.

According to the commissioner, the Council approved the construction of access and internal road networks at Golf Estate Annex, at Ngwuagu Amaezike, Abor, in Udi Local Government Area of the state, at the cost of N2,082,131,025.35.

Aroh who briefed the journalists, alongside the Commissioner for Works and Infrastructure, Engr. Greg Nnaji and their Finance and Economic Development counterpart, Mrs. Adaonah Kene-Uyanwune, added that the council also approved the construction/rehabilitation of Manuwa Street, GRA, Enugu and Agbalaenyi junction-Enugu-Onitsha Expressway link road at Oji River LGA, at the cost of N200,414,307.00.

The information commissioner stated that the council approved the construction of 24-unit of one-bedroom flats at old Government Lodge, Enugu, at the cost of N137,500,915.00, to serve as a support facility for the ongoing 10-unit guest houses, nearing completion.

Equally approved by the council were the construction of high double cell box culvert and drainage work at Umuchigbo Nike, Enugu East LGA and fencing of the forest reserve, adjacent to Michael Okpara Square, Enugu, now known as Unity Park.

The park, which will serve as a tourist attraction as well as a place for relaxation and recreation, is currently witnessing massive beautification with works of art, construction of artificial water pond and a monumental roaring lion of about 30ft high and 60ft length, among others.

Aroh stated that the council also approved the construction of a Chapel of Worship at the Government House, Enugu and the immediate purchase of five rapid intervention vehicles in keeping with the state government's commitment to protect lives and property of people of the state.

He explained that the customised intervention vehicles with emergency rescue facilities will be purchased directly from John Holt Nig. Plc, to tackle fire, health and accident emergency challenges in the state “in line with the state government's sustained commitment to provide for the safety of Enugu people.

“These come in small trucks and are very important because they make shorter runs, get quicker to emergency scenes and more difficult places,” Aroh said.

The commissioner further disclosed that the intervention vehicles will complement the five fire-fighting trucks procured earlier by Governor Ifeanyi Ugwuanyi's administration for the five newly constructed fire service stations across the state, which were formally handed over to the state fire service by the governor, on Thursday.

Other Council approvals, were the purchase of 1,000KVA generator for ESUT Teaching Hospital, Parklane, Enugu, and the approval of the report of the joint committee for the negotiation of consequential adjustment for payment of N30,000 Minimum Wage for state civil servants, which the Commissioner for Finance and Economic Development, Mrs. Uyanwune, and the state leadership of Organised Labour, said was a product of collective bargaining, based on the economic indices of the state.

In his submission, the works and infrastructure commissioner, Engr. Nnaji, assured that his ministry will utilise the construction weather window available to actualise the approved project in record time.