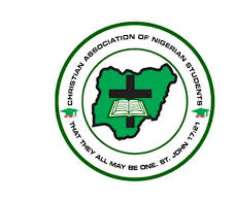 The Christian Association of Nigeria (CAN) has called on churches in Nigeria and abroad to join in three days of “Special Fasting and Prayer,” commencing on 31 January. The initiative is being launched in response to “ the gruesome murder of the Chairman of CAN Michika Local Government Area of Adamawa State, Rev. Lawan Andimi, abduction and killings of many Christians recently and the continuous incarceration of Leah Sharibu and other prisoners of faith.”

The fasting and prayer will focus on “the gruesome killing of innocent Nigerians” and the need for the Nigerian government to “develop capacity to overcome the criminals troubling the nation.” It will culminate on 2 February, with a “Special Prayer Walk by Christians in all the States of the Federation,” involving processions led by CAN Chairmen of each of the federal states and pastors of churches across Nigeria.

Congregations have been asked to walk around areas where their churches are located, praying for divine intervention and global assistance to bring all forms of violence afflicting the nation to an end. CAN has also asked churches to engage with the media in order to guarantee coverage of the prayer walks, and to ensure effective reportage on social media.

Commenting on the upcoming fast and special prayer walk Rev Yunusa Nmadu, General Secretary of the Evangelical Church Winning All (ECWA) and Chief Executive of CSW in Nigeria, said: “The unrelenting rise in violence and insecurity since December is deeply worrying. Civilians across Nigeria are bearing the brunt of violence from multiple sources, with limited government intervention. In particular, the Christian communities in the centre and north east of the country are suffering relentless attacks and abductions by Boko Haram, the Islamic State West Africa Province (ISWAP) and militia of Fulani ethnicity. However, our ultimate hope is in God, and both ECWA and CSW Nigeria will be joining in the commendable action initiated by CAN to unite the Church to seek an end to the violence afflicting Nigeria and the healing of our ravaged land.”

On 29 January the Senate Minority Leader, Senator Eyinnnaya Abaribe, called on President Muhammadu Buhari to resign due to his government’s failure to protect the lives and properties of Nigerians. The call came a day after the president had expressed “surprise” at the rising insecurity in the country.

Elsewhere, the World Council of Churches and the Lutheran World Federation issued a joint appeal on 27 January expressing concern at “the continuing violence and targeted sectarian attacks against people, including religious leaders, in northern Nigeria,” and urging the president to do more to protect civilians.

Highlighting the murders of the Ekklisiyar Yan'uwa a Nigeria (EYN, Church of the Brethren in Nigeria) leader Rev Lawan Andimi by Boko Haram, Rev Denis Bagauri of the Lutheran Church of Christ in Nigeria by unknown gunmen, and 22 year-old student Ropvil Daciya Dalep by ISWAP, the joint appeal laments the “attacks, kidnappings, extortion, sectarian killings, rapes and the abduction of young girls” by Boko Haram “and other extremist groups” which are continuing under President Buhari’s government.

The joint appeal concludes by calling on the president to “fulfil [his] duty to Nigerian citizens for their protection and security, regardless of religious affiliation or belief,” to reform the security apparatus, ensuring “officials are representative of the diversity of communities in Nigeria,” and to expedite the release of Leah Sharibu and other hostages held by Boko Haram and ISWAP.

CSW UK’s Chief Executive Mervyn Thomas said: “CSW welcomes efforts being made both inside Nigeria and internationally to hold President Buhari and his administration to account for their failure to adequately address the insecurity and violence which has cost the lives of many thousands of innocent Nigerians. The situation has reached a critical stage, and this pivotal West African nation is close to failing. We urge members of the international community to continue raising these urgent concerns with Nigeria at every opportunity, offering every necessary assistance to the government, and we encourage Christians around the world to join with CAN in praying and fasting for peace, justice and lasting change.”