Buhari to Akufo-Ado: Why Nigeria is yet to open her land borders 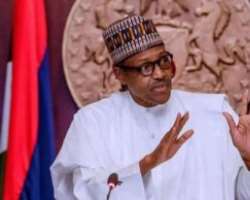 President Muhammadu Buhari on Monday urged Nigeria’s neighbouring countries to exercise some patience and bear with country over the closure of her land borders.

Buhari who was responding to the pleas by the Ghanaian President, Mr. Nana Akufo-Addo, that Nigerian borders should be reopened, told his Ghanaian counterpart that the closure goes beyond issues of food smugling.

Addo had told Buhari that the closure was having a negative economic effect on neighbouring countries, particularly Ghana.

A cording to a statement by Special Adviser to the President on Media and Publicity, Mr. Femi Adesina, the Ghanian President met with Buhari in London where the border issues was discussed.

Adesina said Buhari had explained that the border was not closed just because of smuggling of food items but mainly to fight against influx of hard drugs, arms and ammunition into Nigeria.

Buhari explained that he was only trying to save Nigerian youths from the use of hard drugs as well as security measures.

He said that most of the vehicles coming with rice and other food items have always been discovered to be carrying cheap hard drugs and small arms.

He disclosed that it had been discovered that the Sahel region was saturated with small arms, a development he described as a major security challenge to Mali, Chad, Burkina Faso, Niger and Nigeria.

According to him, Nigeria remains the biggest victims of these arms movement.

He said he will only reopen the borders when the Committee set up on the matter submits its final report leading to a decision taken on it.

He said, “We will get things sorted out. Our farmers, especially those who grow rice, now have a market and are happy and we are also concerned about hard drugs and weapons.

“Once the committee comes up with its recommendations, we will sit and consider them”.

The two leaders are attending the UK-Africa Investment Summit 2020 in the United Kingdom.