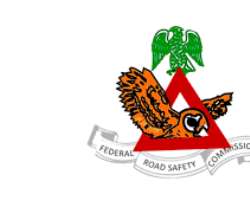 Three officers of the Federal Road Safety Corps identified as Abochi John, Maxwell Odey and Juliet Enakireru, were arraigned on Tuesday for their alleged involvement in the burgling of a shop.

They were arraigned alongside one Anietie Udoh before an Akwa Ibom State High Court, Itu Division. However, Enakireru was absent during the arraignment.

The FRSC officers became suspects after a Samsung Exclusive Store at No. 158 Oron Road, Uyo, was burgled sometime in 2016 and the matter was reported to the police.

Many phones and other items were carted away and four of the phones were traced to the FRSC officers through tracking devices.

The case had been with the police for about four years, forcing the Department of Public Prosecutions in the state to take over and charge the suspects.

During the hearing of the matter on Tuesday, the prosecution counsel, Okon Okpo, sought an amendment to the charge.

He argued that the state had the liberty to amend the charge as many times as possible whenever it noticed any deficiency, The Punch reported.

“The state has the liberty to amend the charge at any time if it discovers any deficiency and bring in whatever it wants to bring in. The law says you can do it as many times as possible. That is what we are doing today in court,” Okpo stated.